3D Printing via Cura on Linux

I'm getting a bit bored with transferring g-code files to my printer's SD card.

Its not one of life's most difficult tasks.

But I thought I'd try printing from my laptop, and see how I get on with it.

On my Creality CR-10-V3 there does not appear to be any indication of when it is either safe or dangerous to remove the SD card.

I guess the printer doesn't write to the card very often, so removing it when the printer is powered up does not seem to be a problem. However, I rather not keep taking it out and putting it back. 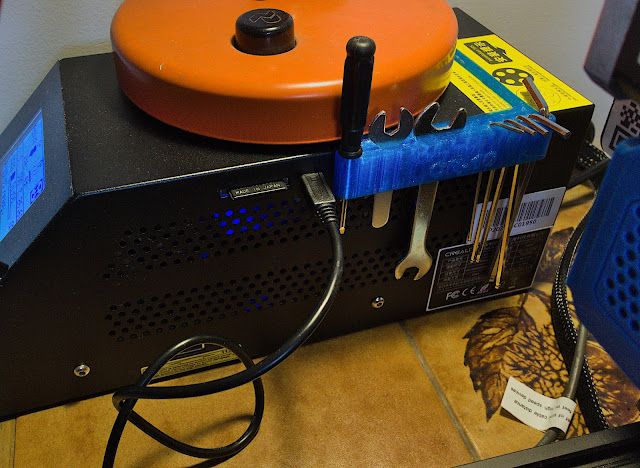 I did think about writing some Gambas code to copy g-code files from my computer to the 3D printer, but that would just be another program to launch. As I'm using the Cura slicer, it seemed to make sense to print directly from this program.

Apart from the basic selection of Printers from the Cura preferences, there does not appear to be a way of setting up communications settings. So once you have ensured that your computer can talk to your 3D printer (see my earlier post: http://captainbodgit.blogspot.com/2021/05/3d-printing-printer-to-linux-computer.html) its just a case of connecting the USB cable and firing-up Cura.

After loading and slicing a model you wish to print, select Print via USB... 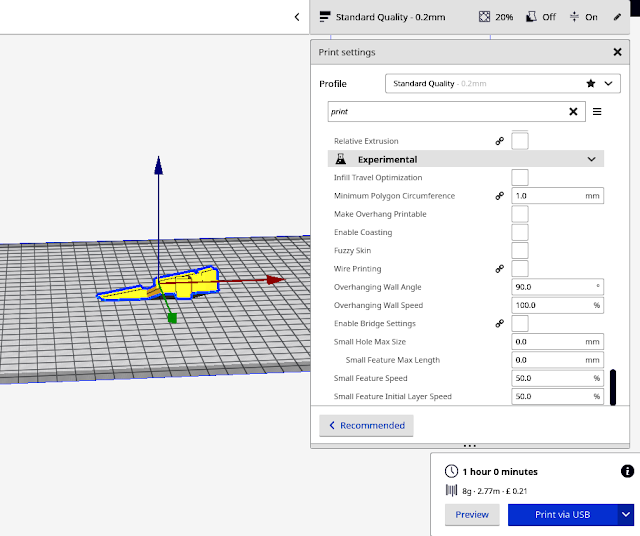 ...which then loads the Monitor screen... 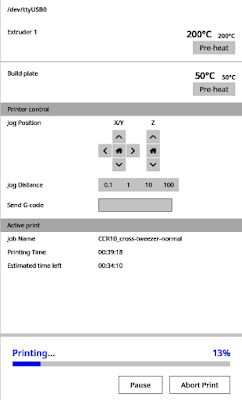 ...and that works just fine!

You can also re-print from a saved g-code file... 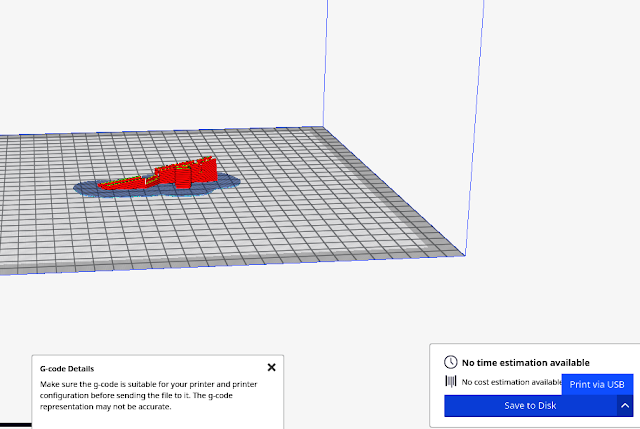 But either way, its less hassle than fiddling with the SD card.