There may be times when you want to link your printer to a Linux laptop via the serial link.

Its very handy to be able to slice and print straight from a connected computer.

...so here is the procedure.

The USB connector on my Creality CR-10-V3 is not exactly 'plug-and-play' because the printer uses a serial interface to communicate with the rather simple printer controller.

On your Linux machine, open a terminal and type:-

Then, with the printer powered on, connect a known working USB cable between computer and printer.

Once again, in a terminal type:- 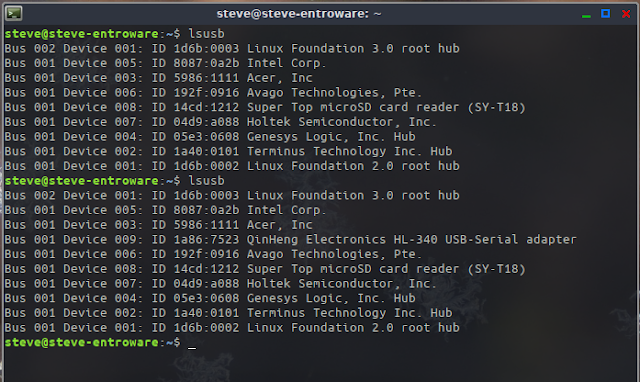 In my case the printer is identified as: QinHeng Electronics

By comparing the two lists of USB devices, you should be able to confirm that Linux has successfully detected the printer's interface. If Linux can't report the printer device, you have a problem! You may need to do some research to see whether you require any additional FTDI drivers.

As recommended above, rather than use sudo cura to run the Cura slicer, add required groups to your user via a terminal command, e.g. for user steve

Note: you will probably need to reboot for this change to take affect

Now simply run Cura with computer connected to 3D printer and check that you can slice a model and then use the Print via USB option.

Using your file manager, navigate to /dev and look for the appropriate device. 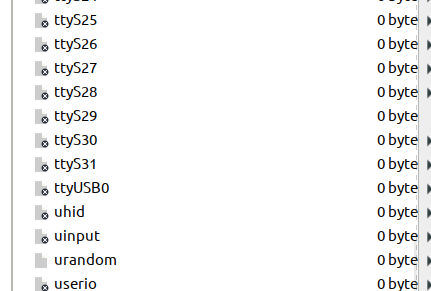 On my system it is: /dev/ttyUSB0

If you can't identify your device, you may have to do a similar before/after comparison by connecting/disconnection the cable.

Using an application such as Pronterface, you simply enter this device number into the setting screen, along with the printer's Baud rate (in my case that is 115200).