During the last 7 or 8 days, something bad has happened.

My 3D printer has been producing rubbish.

Something rather unexpected seems to have solved my problem.

Having made numerous adjustments to the slicer settings and trawled the internet for information, nothing I tried seemed to make much difference. My prints were still rubbish, and here is an example;

My machine seemed to be laying down prints, while at the same time, scraping PLA and dumping it somewhere else.

I tried tightening up a few screws wherever there seemed to be any sign of play, or just where one screw was not as tight as its neighbour.

I then tried to print one of the Creality sample (gCode) files, as this would rule out the slicer. I chose the 'dog' which I'd printed easily when I first started printing. I tried to print it 3 times; each time it printed a rubbish looking raft and eventually knocked the model off the bed!

As I had two spare nozzles, I decided to take-the-plunge and remove the nozzle from the machine.

I had quite a shock when I compared the old with the new;

The old nozzle has a flat tip that looks like its been badly attacked by someone with a file! Its also about 0.4mm shorted than the new one.

I have only had this printer for 8 weeks, and its probably only been 'working' for less than 300 hours in total. So is this degree of wear typical?

Actually, here's the funny thing; this nozzle has always looked more 'flat' than 'pointy' to me. But let's just see how long the new one lasts.

Did it solve my print problem? ...you bet it did! 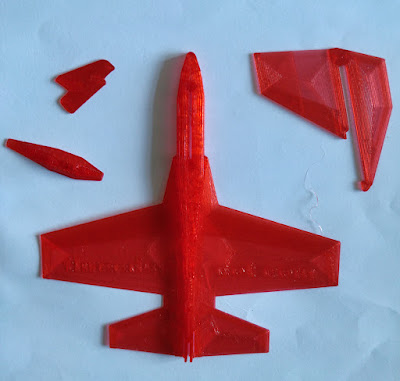 I just can't believe the difference in quality. 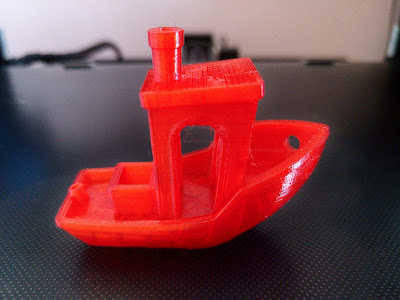 So I'm back in business.

how to change the printer nozzle

This is probably well covered on the net, but this is the way I did it:-

Refitting is pretty much the reverse. After tightening the nozzle by hand, re-heat the nozzle to a high temp (say 260'C) and tighten with the short Creality 6mm spanner (...no prizes for who can tighten it the most, that's why the spanner is so short).

Also note that on the Creality CR-10 V3 you don't need to hold/support the heater block (as far as I know) because its well supported, unlike many other models.

Electronics: I also took the controller box apart to see how well it was made and check whether I'd blown up the USB controller.

It looks pretty good to me, and doesn't look like anything has burnt out. I'm still working on this, but I don't think this port is USB, I think its a straight forward serial port with a Baud rate of 115,200. I may need to get this working in order to check/perform extruder calibration.

Printer profile settings: The Cura slicer only has a profile for the Creality CR-10, which is currently what I am using. However, since the CR-10-V3 has a direct drive Titan extruder, some of these settings are almost certainly sub-optimal/incorrect. For example I believe the Retraction setting is too high.

For more on 3D printing, click on the tab at the top of the page