When I first heard about Caroline's plans to transmit on the Medium Wave, I was skeptical.


I couldn't see the point in running a community type radio station on just 1kW of power to cover a limited coastal region of East Anglia.

Back in 2017, Radio Caroline applied for an AM Community Radio License and here is their completed application form. It makes amusing reading because it basically implies that its listener base are a bunch of dinosaurs:-


"...aged predominantly from 45+ they will have little or no interest in current pop music..."

"They are not always at the cutting edge of technology...not always able to listen via computer or phone..."

In fact the application is inspired, and it makes me wonder whether someone "inside" said "listen, this is what you will need to say to get this application through!"

The application also touches on transmitter power by noting that the typical max power for a Community Radio station is generally 20-70Watts ...and it then goes on to ask for something exceeding 1kW.


In an earlier post I was skeptical about the idea of Caroline as a Community Radio Service, but I've changed my mind. One reason is that I've been listening to Caroline on my car radio. 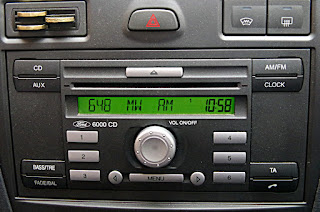 Here we are in West Sussex, and I can drive around local roads listening to a "Community Radio" station transmitting from Suffolk!

OK, the quality is not HiFi, and its a bit noisy, but just remember that I'm part of the target audience:-


a technophobic dinosaur that can't use a smart phone or a computer, is tolerant of crackly AM mono radio and hates modern music!

My only failing is that I'm not part of the Suffolk community!

The truth is that Caroline is putting out a great day-time signal, and there are a number of reasons for this:-


Obviously at night, several powerful international stations spoil the fun (signals 'bounce' off the ionosphere after dark and are able to travel fantastic distances, Caroline included).

As regards to power, in the offshore radio days, Caroline on the m.v. Ross Revenge was using a 50kW transmitter into a 91m mast. I seem to remember that RNI (Radio Northsea International) had a 100kW medium wave transmitter (...plus a 10kW shortwave & 1kW VHF/FM transmitters), although I'm not sure they could run at full power due to insulation problems (salt water and electricity are a bad combination).

I think the Caroline organisation has been very smart in gaining this license. It may open the doors for future developments, possibly the introduction of a fully working Offshore Radio Museum.

what about the Ross Revenge?


The Ross Revenge was the third ship used by Radio Caroline and saw service during the 1980s.

It is currently used primarily as a tourist attraction, where visitors are ferried out to its location in the River Blackwater for a look around the ship and studio (...we are going out to the ship over the Easter weekend!).

However, the fully working on-board studio is increasingly being used for programs, where the audio is pumped out from the ship to the internet, for streaming directly to listeners, and also to the 648kHz transmitter at Orfordness for broadcasting.

The Ross Revenge photographed in 1984 at anchor in the Knock Deep channel of the southern North Sea.
By Third ear - Own work, CC BY-SA 3.0, Link

Unfortunately the ship is now a registered hulk, which means it can't travel anywhere under its own power. But its a nice idea (although probably completely out of the question) that one day it might be made sea-worthy, so that it could sail from one UK location to another as a floating, fully operational museum.

Our visit to the Ross Revenge

The History of 648kHz