The RaspberryPi model A+

Following on from an earlier post about the B+, I'm now the proud owner of an A+.


As I'd previously produced a simple table showing relative current consumption, I feel obliged to update this by including the new Pi.


The new A+ is smaller and cheaper than the A/B/B+ models, making it an ideal candidate for many projects including media players and headless, wifi monitors.

It also draws less current, which is an important factor for battery operated projects.

Each model of the RaspberryPi has been connected to a test circuit like this:-

The supply current was measured on an inexpensive (i.e. cheap) digital multimeter.

Measurements were taken for a number of conditions, starting with nothing connected, not even an sd card. 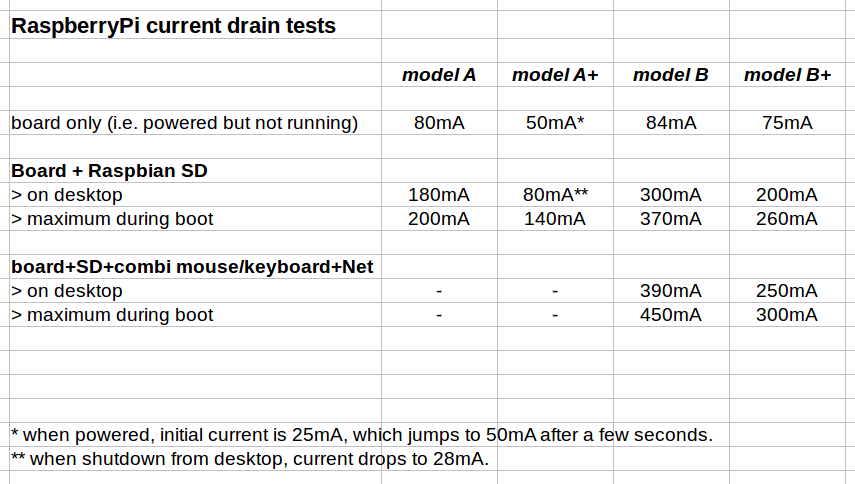 
The new A+ is a valuable addition to the range.

It is now a better choice than the model A for my bird box projects because the foot-print is smaller (especially allowing for SD card insertion/removal) and the battery should last a few hours longer.

For robotics there is the benefit of reduced weight, in addition to size and power consumption.
Posted by SteveDee at 20:31

Email ThisBlogThis!Share to TwitterShare to FacebookShare to Pinterest
Labels: model A, model A+, model B, model B+, Raspberry Pi