Its been a good year for white storks at the Knepp Estate.

And we have been very fortunate to be involved in a very small way as volunteers.

For the last 20+ years, the owners of the Knepp Estate in West Sussex have been transforming low productivity farm land into a wildlife haven. Divided into 3 'blocks' and totaling over 3,500 acres, much of the estate has been given over to herds of long-horn cattle, deer (red, fallow & roe), Exmoor ponies and a handful of Tamworth pigs.

Brambles and other 'weeds' have been allowed to flourish, turning former fields into scrub-land.

Where rivers & streams had been canalized in the past to maximise the land for agriculture, they have now been reshaped to meander across the land, and encouraged to flood over large areas, rather than allow the water to race down the river and create flooding further down stream. 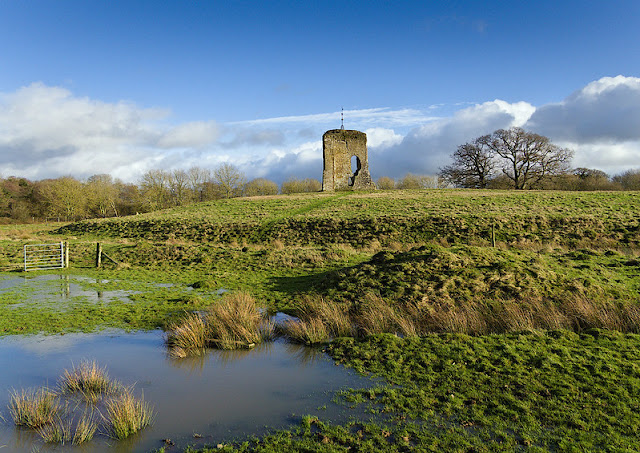 The recent introduction of two beavers has further caused the land to absorb more river water. This was dramatically illustrated during this year's drought when much of the landscape turned brown. A large area, extending out and beyond the beavers patch, remained green and highly fertile.

This has also been a good year for purple emperor butterflies, and we even hosted large tortoiseshells, a butterfly which as been "presumed extinct" in Britain since the 1960s. 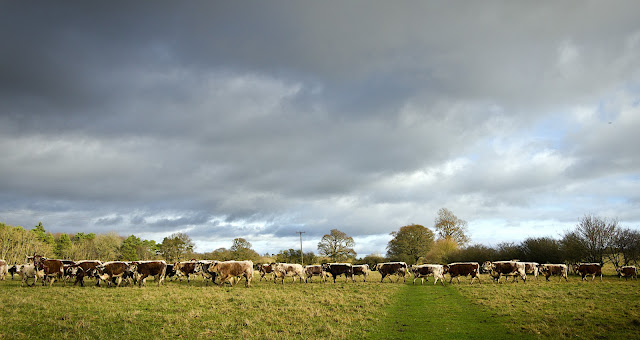 Its a long, long time since the last recorded white storks nested in Britain. 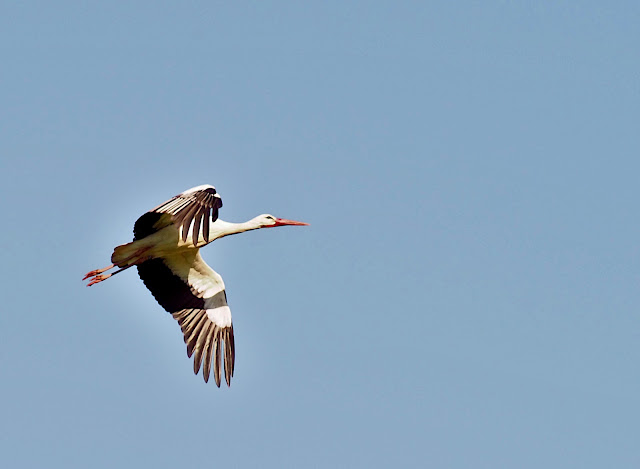 Individual storks may have been seen flying over the country for years, but up until recently, it had been over 600 years since they last nested.

As they are social birds, the first step to their reintroduction in 2016 was to bring in a small group of injured white storks from Warsaw zoo. These birds had sustained injuries, mostly from flying into power lines, and were unable to fly. They were put into a 6 acre area at Knepp, which was fenced off for their own protection from ground predators such as foxes. This 'social group' will draw down any storks flying over head, resulting in able-bodied birds investigating the surrounding area and possibly finding a suitable mate.

A second important aspect of this project is the breeding program at the Cotswold Wildlife Park, where they also have another Polish captive flock of non-flying storks. This year, 34 chicks successfully fledged, and in August they were transported down to Knepp and held in a netted enclosure for 2 weeks. Once released, these birds fly for the first time and accept Knepp as their 'base camp'.

Most migrate south through France and Spain by October, often settling in North Africa, where they may stay until they reach sexual maturity in 2 or 3 years. Many will then make the return journey back to Knepp, pair with other white storks, build a nest and raise a little family!

There are currently 3 sites taking part in the white stork project: Knepp, Wadhurst and Wintershall (near Guildford). In 2019, storks nested and laid 3 eggs in an oak tree in the southern block at Knepp for the first time. Unfortunately all 3 eggs failed.

But 2020 & 2021 were more successful and this year, 20 chicks successfully fledged; 19 from a number of nests on the Knepp estate, plus one other at Wadhurst.

So while the able-bodied white storks roam free, feeding on insects like grasshoppers and amphibians like frogs, the non-flyers must be fed everyday to ensure their survival. And this is where the Knepp Volunteers can make a big difference.

For most of the year the captive birds are fed in the 6 acre open-topped enclosure. But this means that the able-bodies storks can also cash-in and get a free lunch. 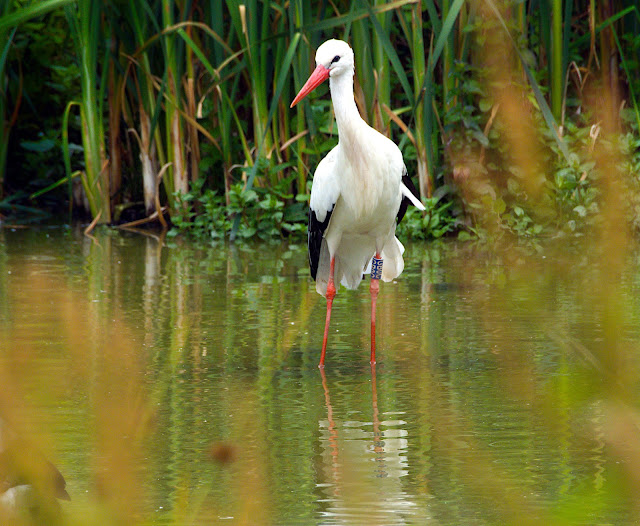 At other times of the year it may be necessary to house the non-flyers in a fully netted enclosure, as is the case now due to avian-flu. We have just entered, what is reported to be, the worst ever outbreak to hit the UK.

So we are currently feeding the remaining 30 or so storks that just refuse to migrate, and the 25 non-flyers in separate areas.

A few storks have been carefully fitted with GPS trackers, which are a great help in discovering the birds movements, both locally during the summer months and during the winter migration. These little modules don't appear to bother the storks in any way and are designed to drop off after a year or two.

Prior to release, all birds are fitted with plastic coloured identification rings in the format:-

where xx is a unique alpha-numeric combination.

On those occasions when we feed in the open topped pen, we try to photograph as many stork legs as possible, then document the unique bird numbers to establish their whereabouts. For example, during the winter months this information helps to determine which birds have chosen not to migrate.

This year we have also had fun 'manning' the stork trailer during the nesting season and providing visitors with information about the project. 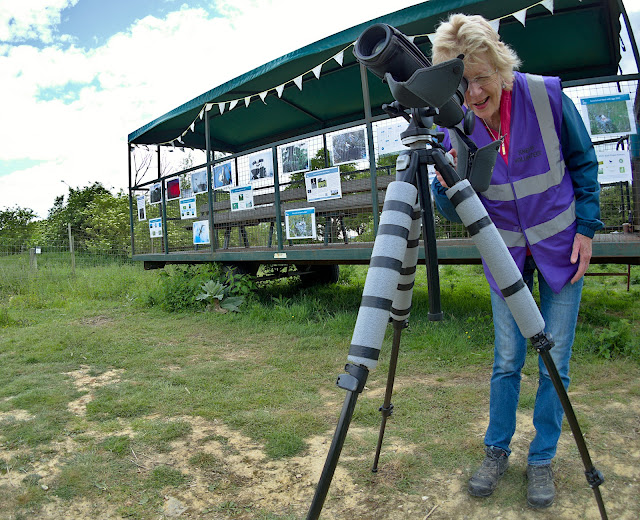 We have a couple of 'scopes which we set up towards two of the stork nests, giving visitors a close up view of the adults and their chicks.

The closest nest is in the stable yard sand-school, and many visitors would walk straight under and not know it was there if there wasn't someone around to point it out!

The White Stork Project target is 50 breeding pairs in southern England by the year 2030. 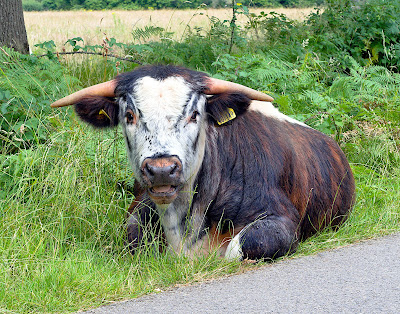 So whether its feeding the storks, monitoring their nests, checking the integrity of fences, litter picking, guiding visitors, or working in the market garden or the regenerative farm, there is always plenty to do as a Knepp volunteer.