There are thought to be over 2500 species of moth in the UK.


Inspired by a friends mercury vapour illuminated Skinner moth trap, I decided to knock up a quick & cheap imitation.


So my design mostly uses bits & pieces that I found in my garage.

We don't think too much about most of the moths we generally come across, and few people realise that there are so many different species to be found in Britain.

Here are a couple of spectacular moths that we trapped on only the second night of using my simple trap.

I doubt that anyone will build a moth trap the same as mine, but it may inspire others to look around at the materials they have, and make a cheap and simple trap of their own.

Most moth traps use a light to attract the little critters, and a funnel mechanism that the moths drop into. A basic Skinner moth trap consists of a box, two sheets of glass or clear plastic at an angle of about 45 degrees forming a funnel, and a near-UV light source. 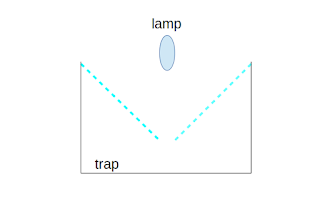 After considering a few options, I found an old, faded, cracked sheet of clear polycarbinate. The size of this piece helped me decided on a container, as I didn't have enough for a large box. So I chose to use my roller paint bucket, which is roughly 400mm x 280mm x 220mm high. 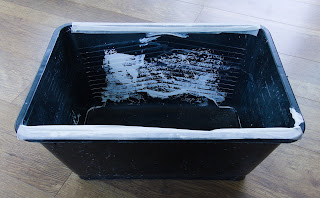 As the sides are slightly curved, I stuck lengths of masking tape along the longest edges, folded in the centre to form a crude gasket. I made a simple wooden spacer which just sits in the box.


I cut the plastic sheet to make two sides of the 'funnel' and added more tape to form simple edge gaskets. 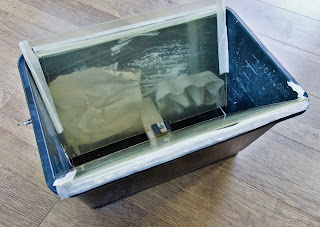 I added egg boxes and crumpled paper/card for my prisoners comfort. Moths like to crawl into a dark cavity, so I'm playing around with different material. There isn't much space behind the plastic, so the egg boxes are cut in half and squashed a bit to fit. Crumpled toilet roll tubes may be another option.

The next thing to consider was the lamp. A light rich in near ultra violet (NUV) is considered to be effective, and moth traps often employ a 125Watt mercury vapour lamp. These are very bright, but I was looking for something that wouldn't upset the neighbours, so I checked the TLC website and found this 20W ES Energy Saving Ecolite - UV Lamp

As it is designed to attracted flying insects, it seemed like a good place to start. 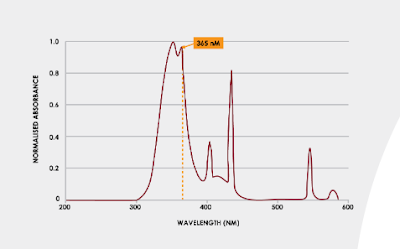 The output response shows a strong light level in the near UV range (NUV = 300-400nm) which is just what we need. The human eye [lens] attenuates light in this range, but doesn't necessarily completely block it. And its probably not a great idea to stare at it! The longer wavelengths are easily visible.

So this bulb cost me £10 and I needed an ES light fitting to go with it. I already had a long 2 core mains cable which I must have cut off and old power tool (...probably an old hedge trimmer). 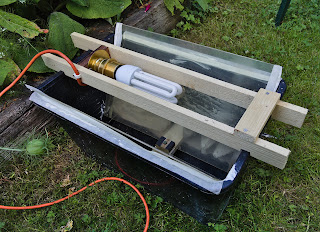 I made a lamp holder from a few odd lengths of wood, and then plugged the lamp in via an RCCB (residual circuit current breaker) in my garage.

We've had a lot of fun using this trap and trying to work out the names of the various moths that we've captured so far. I think I've proved that you don't need to use a powerful mercury vapour lamp, as my 20W eco-bulb works fine. I may also experiment with LED lights, if I can find the time.

At some point I may make up a more permanent trap by constructing a larger wooden box and buying some sheets of acrylic. But for the moment this cheap trap is working just fine, and I can still use the bucket if I need to roller the ceiling!

In the meantime, back to the moths...