A lens the size of a camera body cap!


I guess there is only one way to find out.

One thing I missed when I switched from my Pentax dSLR to Olympus micro four thirds (u4/3rds) was my wide angle lens. It was a 10-20mm zoom, but I always used it set to 10mm, which I guess would be the equivalent of about 7.5mm on my Olympus OM-D E-M10.

So ideally I'd like a 7.5mm rectilinear lens. However, if there is such a beast at an affordable price, I've yet to find it. There are true fisheye lenses on the market which produce an ultra-wide angle, circular image, but I really want rectangular images with less distortion.


This 'body cap lens' is widely available for £80-£90, and many of the reviews are very favourable, so I bought one from Park Cameras on the basis that it was probably just a fun lens. The terms 'pancake lens' & 'body cap lens' are just photo-slang for small lenses that don't stick out very far from the front of the camera. I already have a Lumix 14mm pancake lens, but this 9mm is much thinner, and only protrudes by about half an inch. 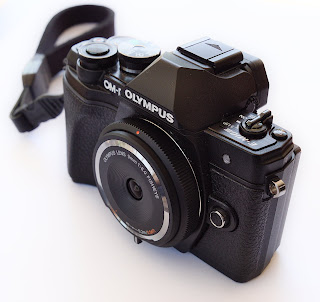 It only has one control; a lever that opens the lens cover and sets the focus to either 0.2m, infinity or a mid-range setting. Here are 3 test photos showing the flat wall of our conservatory.


These test shots are much better than I expected for this relatively cheap lens  ...its a keeper!

Remember that this lens has no electrical connections to the camera body. Its completely manual, so you just set the focus lever and then adjust exposure via shutter speed and ISO using the cameras exposure meter.

Any camera function that requires control of the focus (e.g. auto-focus, focus bracketing) obviously wont work. But you can use the 'art' modes;


It also works for landscape photography... 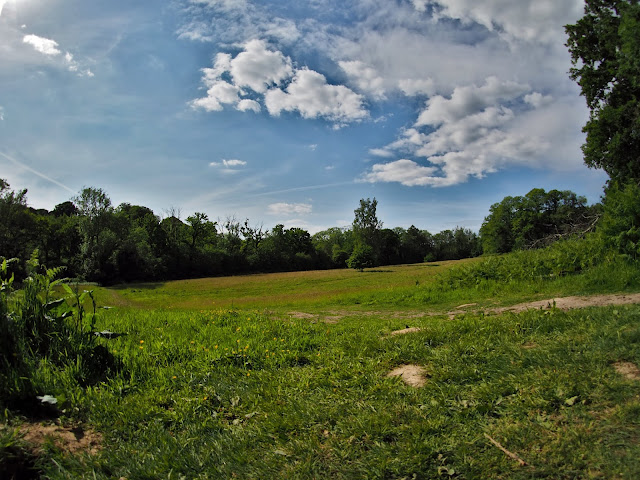 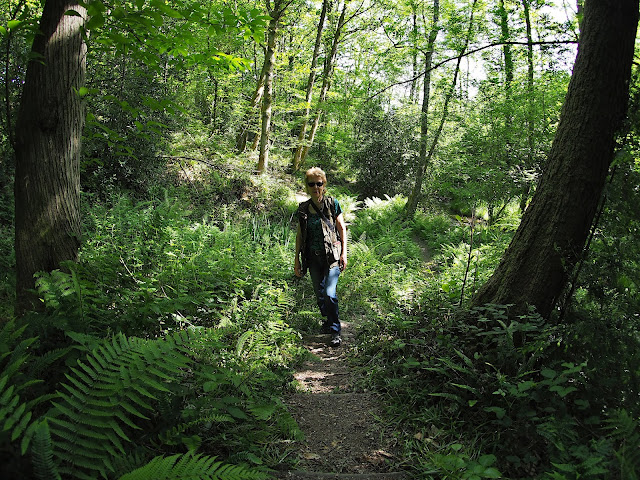 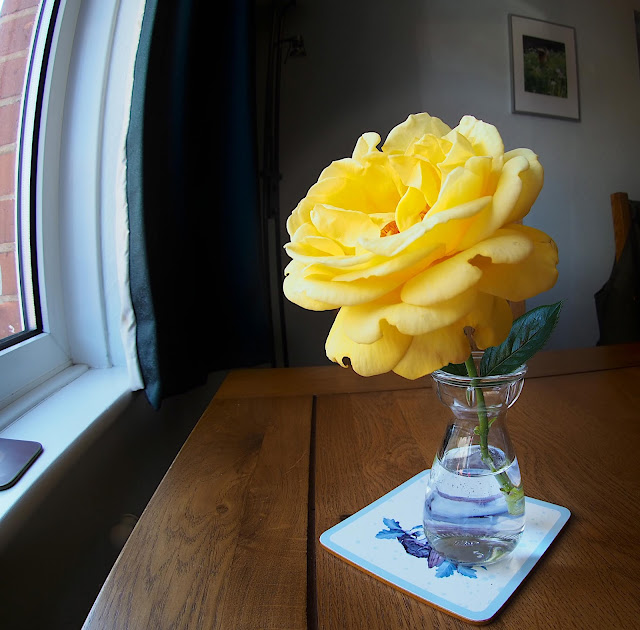