We recently acquired a vintage audio mixer, which I just had to save from becoming landfill fodder.


I say vintage, but this mixer was probably designed in the early 1980s and I guess it remained in production until the mid-1990s.


Having taken the back off to re-attach the mains transformer, I had a good look around for any sign of a manufacturing date, but found no clues.

It is possible that the MX-881 was designed by a Phonic Corporation development team in Taiwan, and then re-badged for different companies selling into different markets. 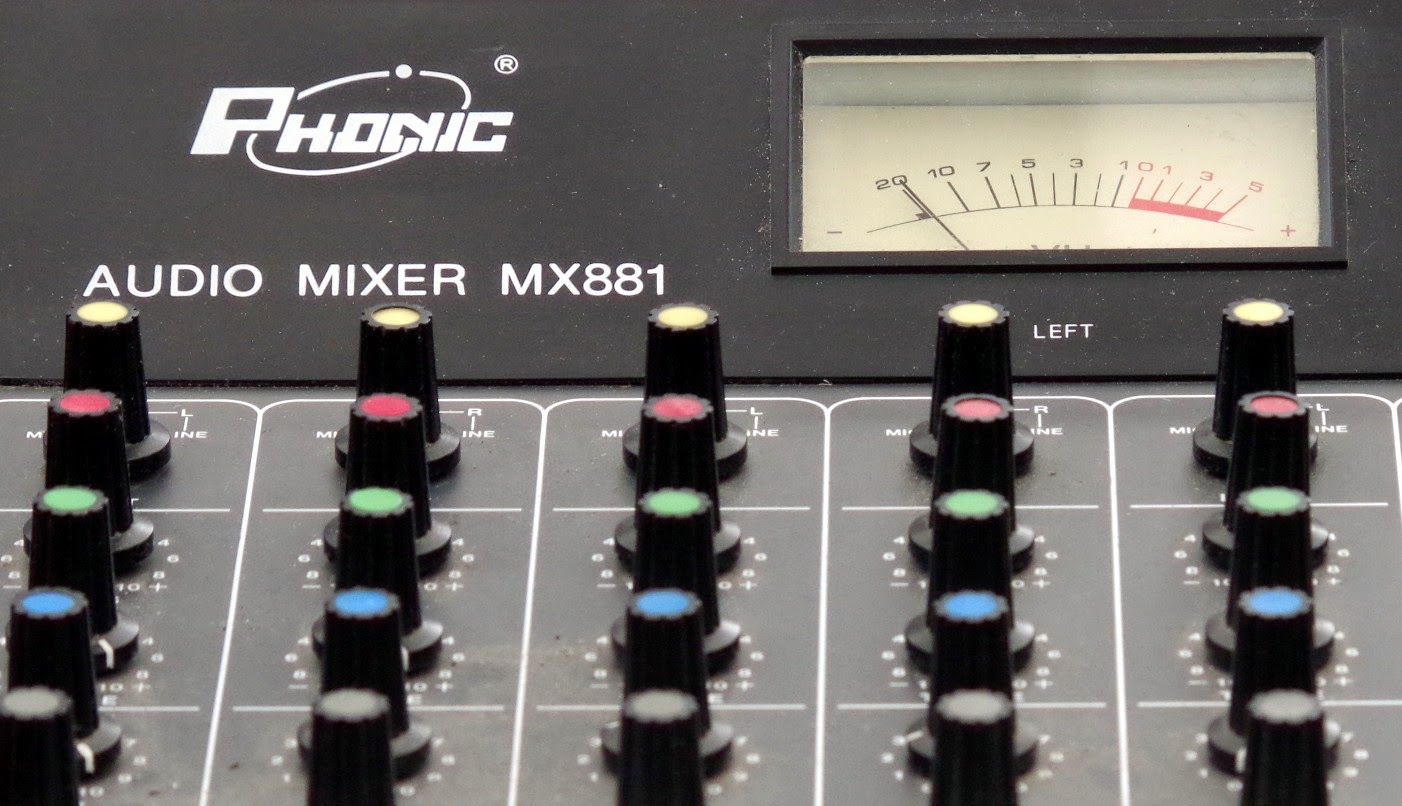 For example, the same design and layout is evident in the Roclab MX-881, the Gemini MX-881, and the Monarch MX-88.

This mixer has 8 mono channels with the usual array of sliders, tone controls and input selectors for microphone, vinyl record deck and line input. The only special effect included is "echo" which relies on an MN3005 4096 stage bucket-brigade device.

A quick scan of the internet reveals that there are still quite a few out there, and their resale value is low (probably no more than £25).

But one thing that is rare is any kind of documentation. Even Phonic are unable to supply a user manual or any service information.

However, I seem to have a simple 4 page pamphlet with circuit diagram, so I thought I'd reproduce it here. 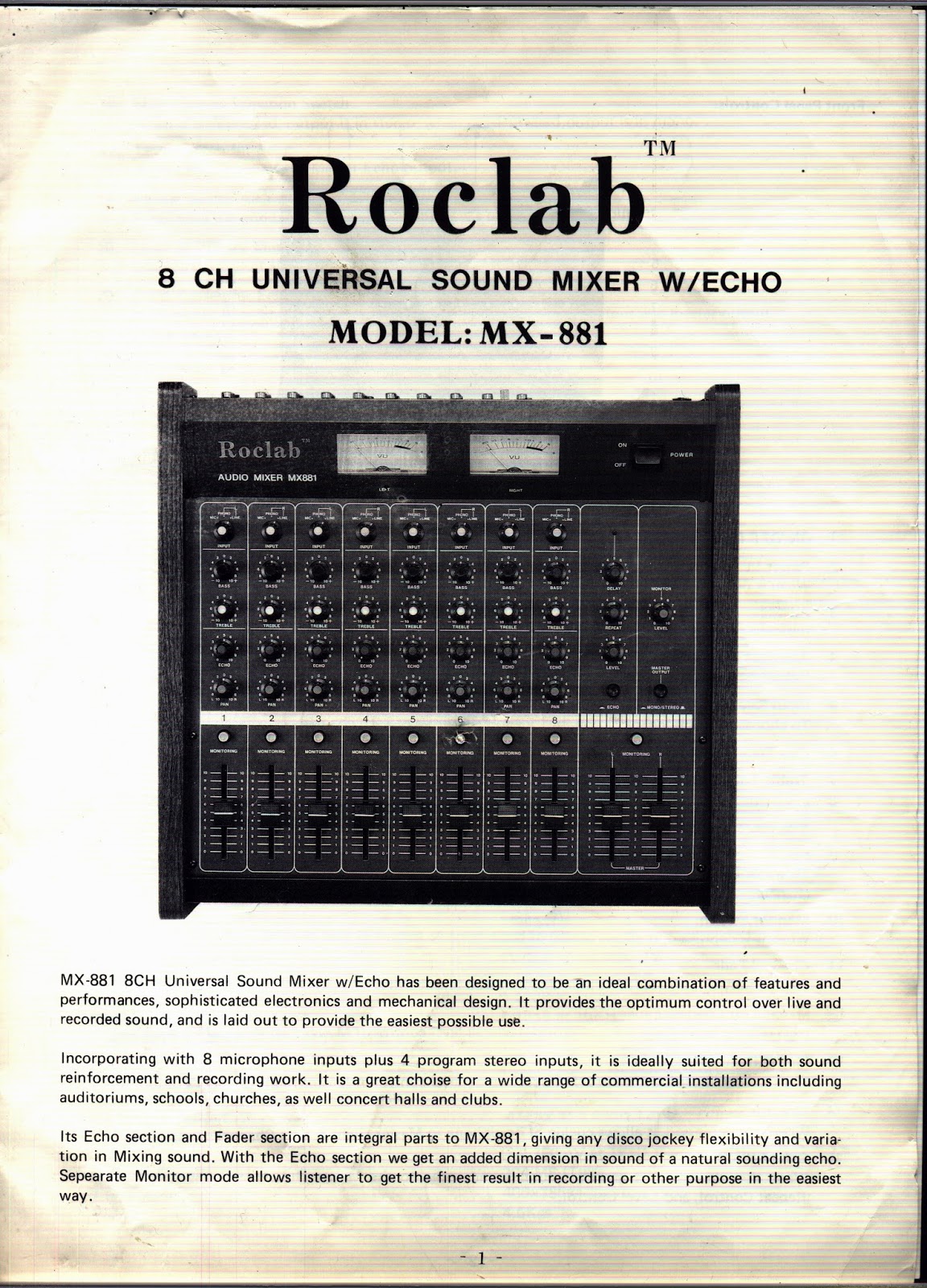 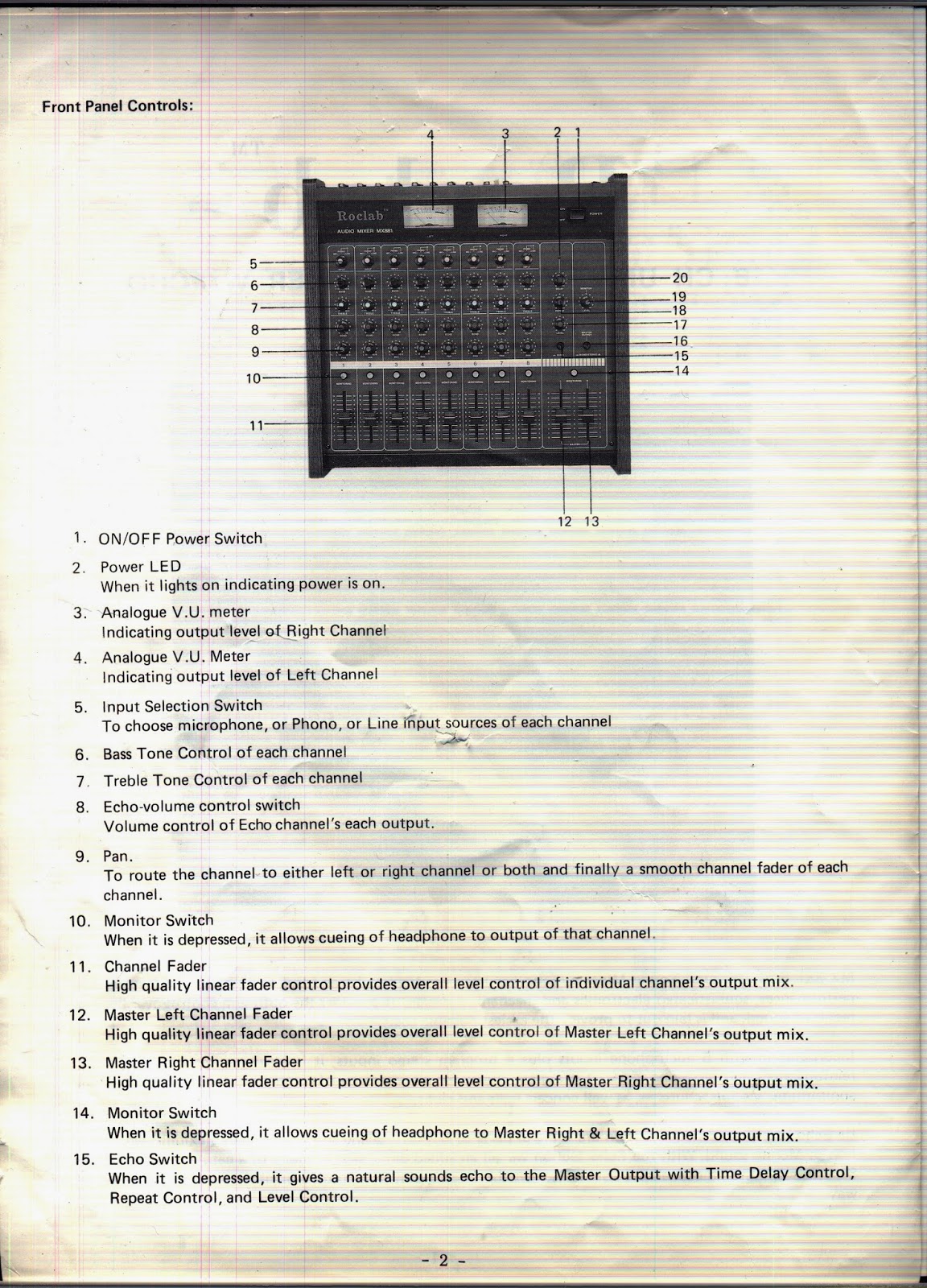 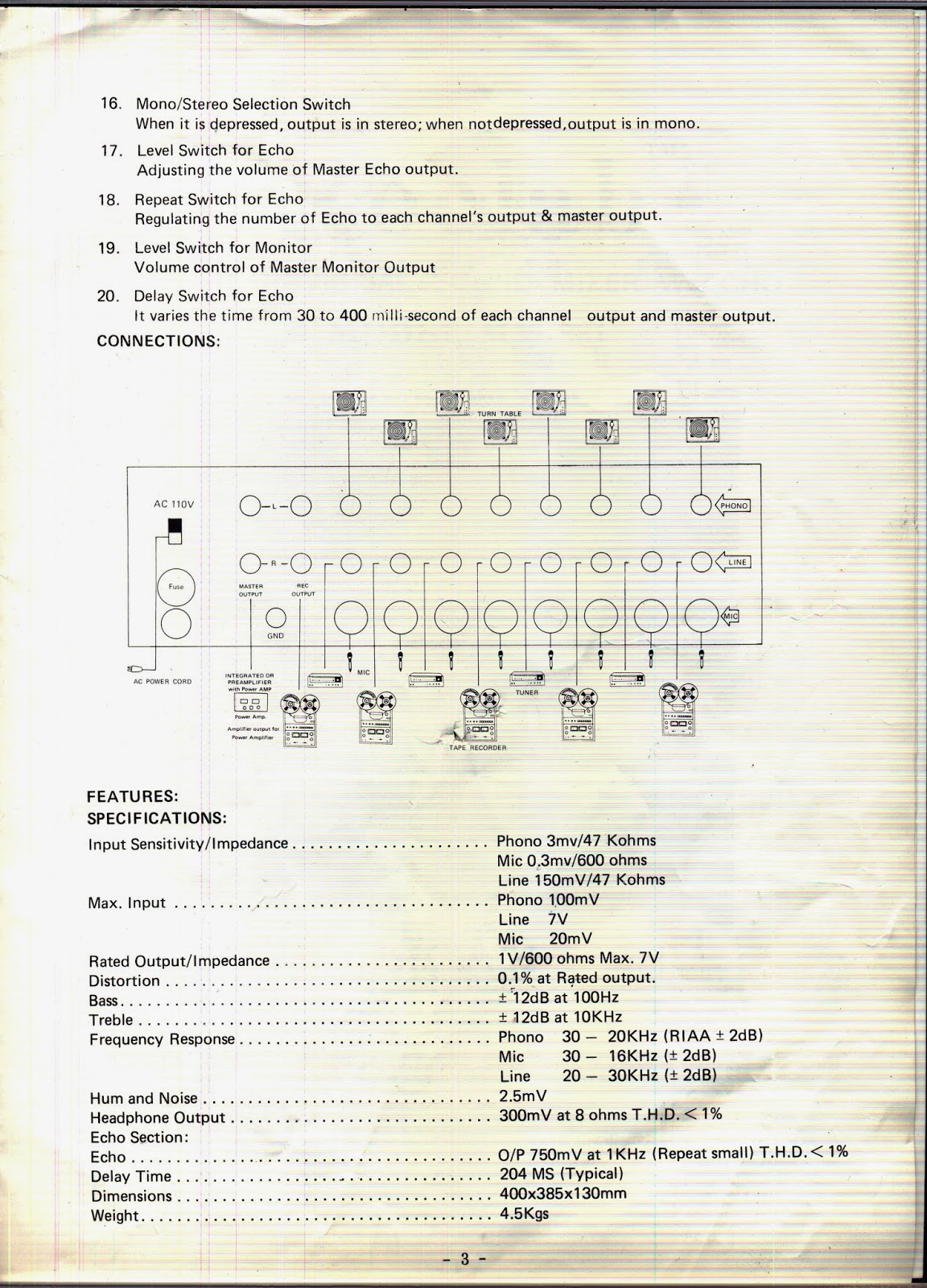 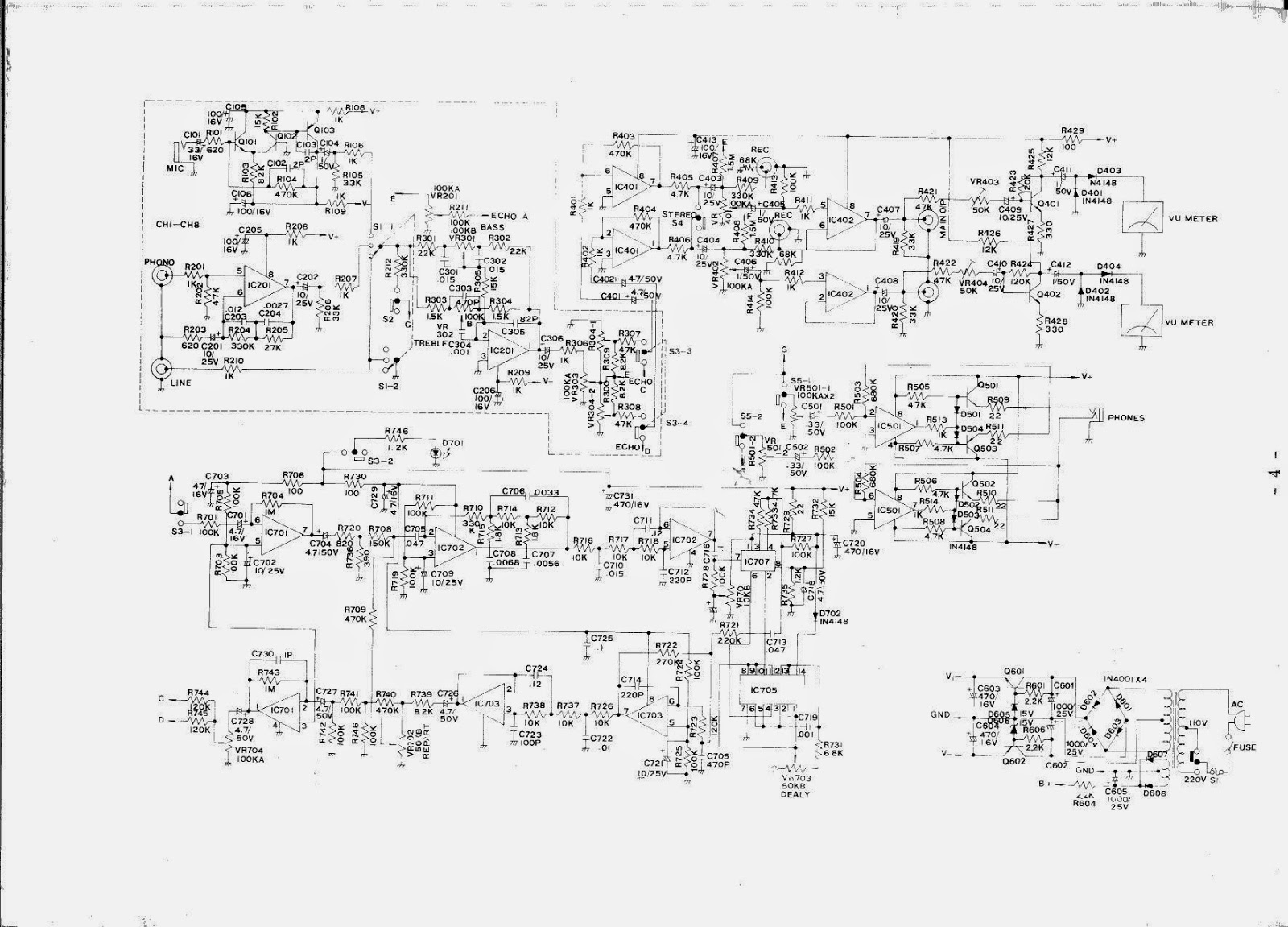 To see this stuff clearly, you will need to right-click on each image and download to your computer. Then you can view it properly, by pumping it up to 100%.