I use to think that there was a definite pecking order around our bird feeders, with smaller birds always giving way to larger species.


But closer observation over recent years leads me to believe that the situation is far more complicated.


And by slowing down the video captured by my RaspberryPi camera system, I can observe detail that I would have missed if just watching from my kitchen window.

It does appear that our garden birds display the kind of individual characteristics that we recognise in the people around us. Some individuals within a species appear aggressive by nature, others may be assertive, while many are just intent on staying out of trouble.

Take a look at this clip where one chick chases another away from the peanut feeder.

It almost looks like the aggressor puts its foot on the others foot to disarm it, but it may just be an accident.

However, the more aggressive chicks don't just threaten or attack other chicks.

It seems incredible that a chick that only left the nest a few weeks ago is already prepared to chase away an adult blue tit. But some adults know how to be assertive, and one good trick is to make yourself look as big as possible.


This chick is no match for this adult male great tit, but again the adult just spreads his wings to look big in order to avoid the need for physical contact.


I think this must be the best time of year to observe garden birds around the feeders. The youngsters have only fledged in the last couple of weeks, so they are finding their way, and making mistakes.

In the next clip an adult great tit flies in, seemingly unnoticed by the hapless chick.

In case you didn't notice, the great tit flies in and pushes the blue tit chick off the feeder using its foot.

Even the woodpeckers sometimes have to learn the hard way. This youngster thinks it may be able to share the peanuts, until the adult male gives it a peck on the head.

But my favourite clip so far is this one.

We can only see what actually happens by slowing the video down...

...the chick is grabbed by the neck and thrown off with such speed that it flies through the air backwards!
Posted by SteveDee at 17:10

Geeqie is a great application for viewing photos.   Its easy to display photo data (e.g. EXIF) and even chose how & what you want to dis... 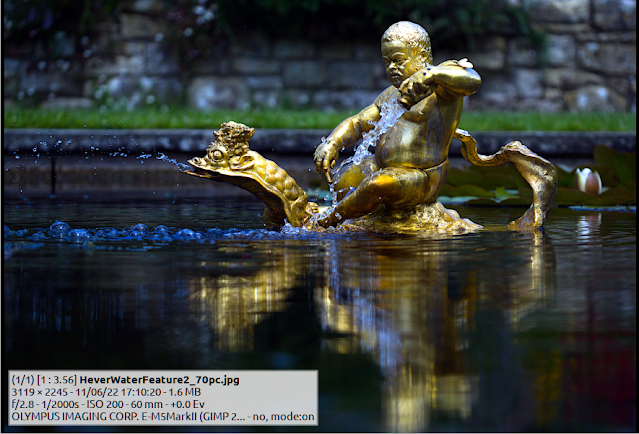