Although the great tits left this nest box a few weeks ago, I decided to leave the box undisturbed until June.


The system has been triggered four or five times since then, but I suspect this was only caused by flying critters like bees, moths and large flies, as their visits were too brief to result in any useful video capture.


So today I took the box down and opened it up...

The nest was built to a height of about 50mm, with the bottom of the nest cup barely 20mm above the floor. Most of the previous nests (including earlier nests in this box) have been higher, usually 70-80mm.

The distance from camera to nest is about 180mm.

The camera image looks a bit soft (out of focus maybe) on some of the images taken during the last 3 months. I thought I may have set the focus too high in the box, but it didn't seem that far out when I re-checked it.

So one of the things I need to do is check this against another RaspiCam. I'd also like to invest in another lens, if I can find one that appears to be better quality (as opposed to just being more expensive). 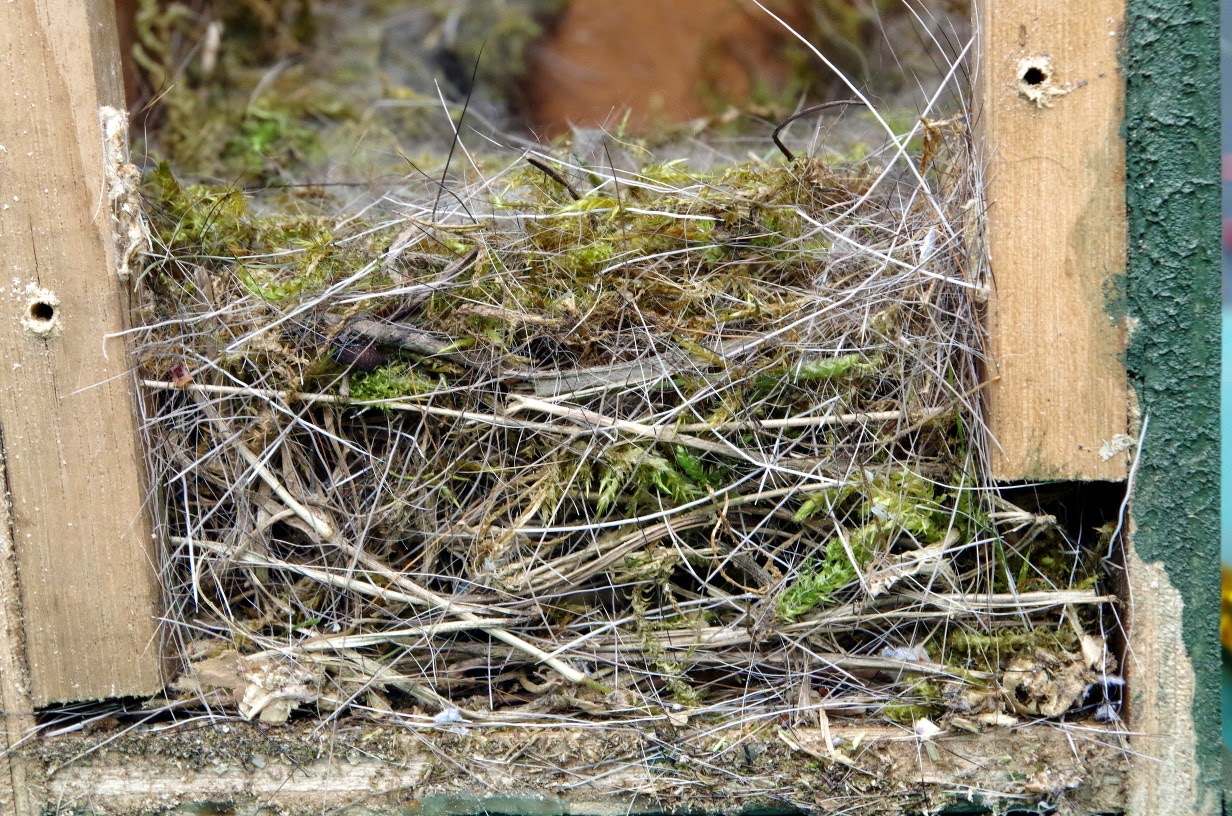 One of the unfortunate chicks was still sitting upright, in the position it died in, at the edge of the nest cup. 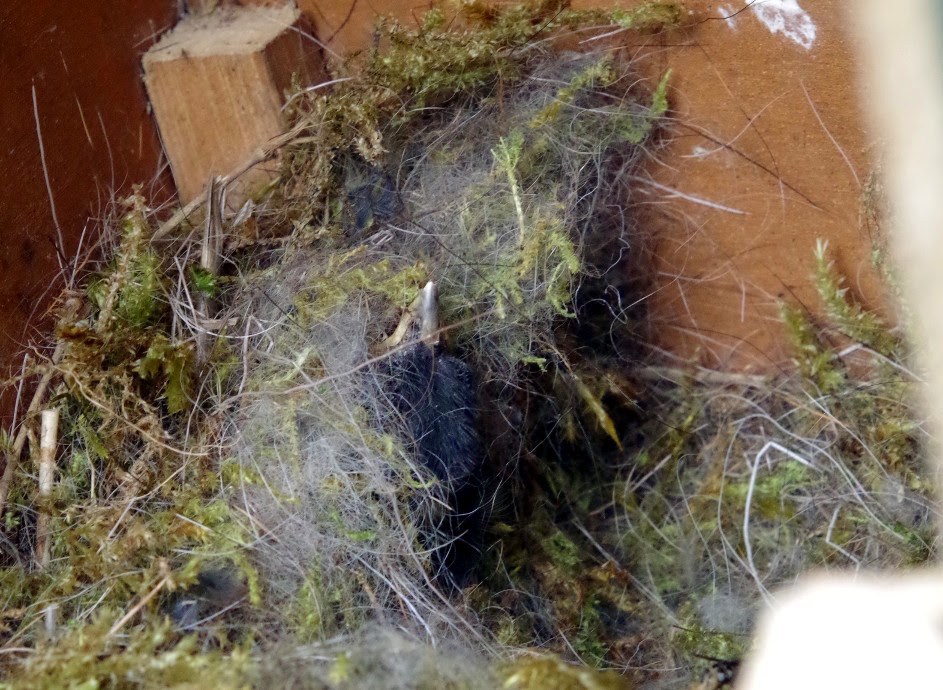 Although 8 chicks died, only 4 little bodies were found. I suspect that those that died early on were small enough to drag out of the nest. 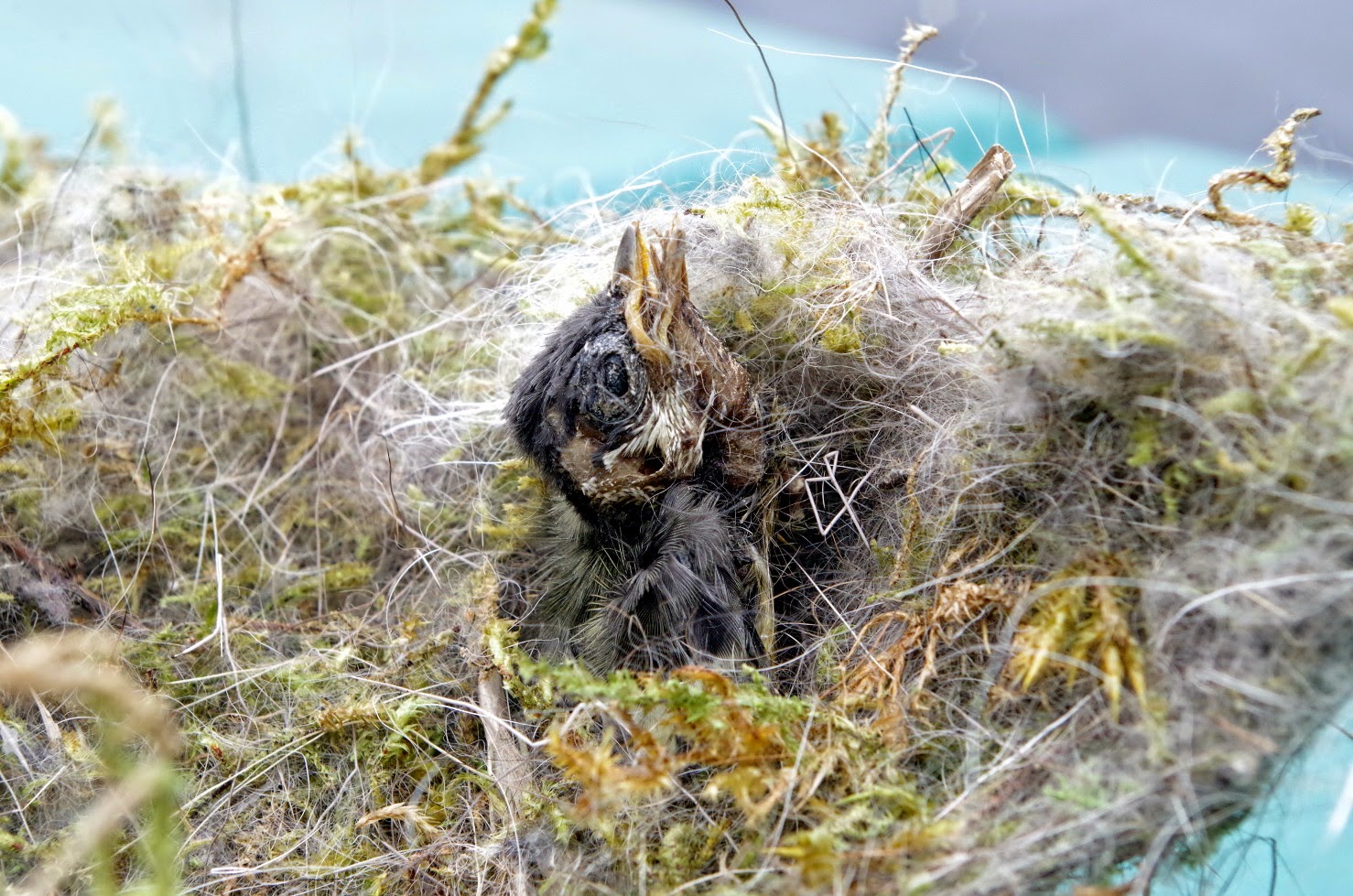