I do hope I'm wrong, but it looks like our great tit chicks have lost their daddy.


If I'm right, then its going to get tougher for mum and the chicks.


Thursday evening was a rare opportunity for me to observe our great tit family, both inside and outside the nest.

Sitting in the conservatory watching the live video stream yesterday evening, I got the impression that the feeding rate had gone up another gear.

I noticed the female making the short (maybe 15m) flight from the box to the feeding station, collecting a beak full of fat-ball, then returning back to the box. She would typically do this 6 or 7 times, with an occasional detour to drop a faecal sac in the bushes, before flying off to look for insects.

Because of the frequent trips to the feeders, it was easy to identify her by the broken vertical line running down her front. Once I realised that I hadn't seen the male for a while, I kept watch. I did not see the male from about 6pm (when I realised there might be a problem) till bedtime (8:10pm) and I have not seen him this morning.

The graph of visits for yesterday is interesting.

You can see that she put in a blistering performance during the last couple of hours of the day. OK, she cheated a little by relying on ready-meals (fat and peanuts) but she seems to know what is required of her to give the remaining 7 chicks a chance.

This morning the diet has been much more varied and includes spiders, crane fly and some kind of beetles which look way too big, but eventually get swallowed. Even so, she has already clocked up over 120 visits and its not yet 12:00.

Anything to learn from this?


The difference between simply collecting & analysing numerical data, and directly observing birds is considerable. In the past I guess I had assumed that the chicks had an insatiable appetite, and that the parents worked flat out during the available hours of daylight to keep up with their demands.

I had assumed that the hourly variation in the number of feeds, where due to conditions and availability. And to some extent this must be at least partly true.

But if a single adult has the ability to visit the nest with food 250 times a day, why can't 2 parents achieve 500 visits a day? 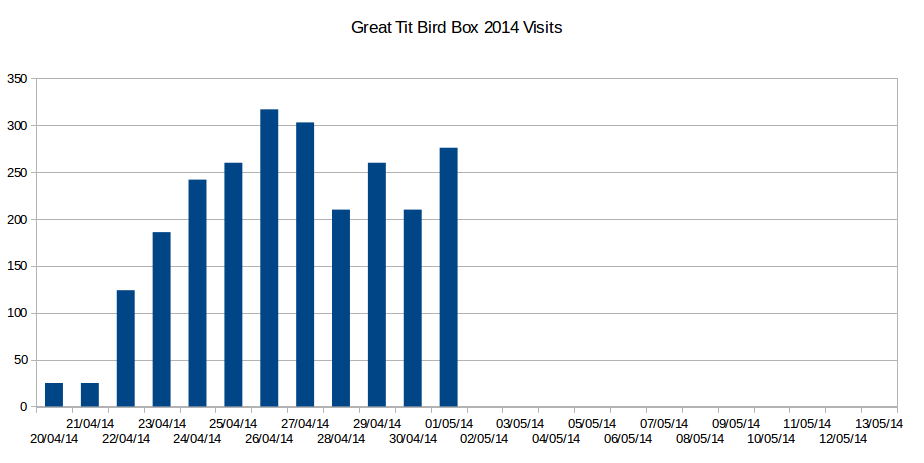 From the daily graph you cannot determine if there are one or two adults involved. And you have no idea what kind of food is being provided.


This little guy has been getting under our feet for the last couple of weeks. 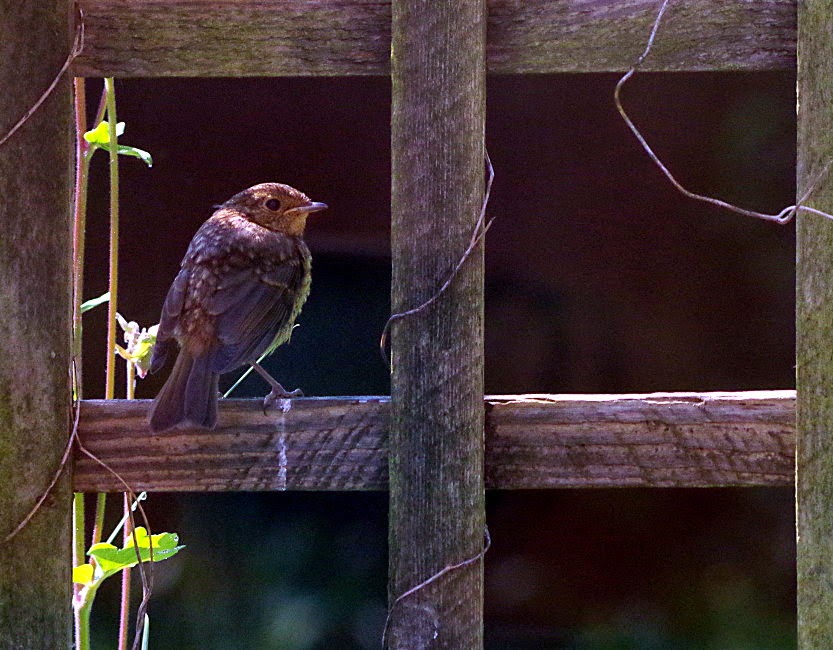 He may well be the only survivor from the 4 or 5 robin chicks that left their flower pot nest a few weeks ago, to make their way in the world. If he doesn't wise-up soon, he will be someones lunch!
Posted by SteveDee at 17:00