Having upgraded the Replicator's firmware, I was able to run a couple of test prints using acceleration.


This allowed me to print a TreeFrog in under 30 minutes.

Turned out that the machine was delivered with firmware v5.2 which does not support this feature. And after a few fruitless attempts to upgrade via the ReplicatorG software running on an attached Linux laptop, the penny eventually dropped, and I realised that it was not going to upgrade using ReplicatorG v0040.

So after down grading to 0037, I finally got my machine to accept the firmware upgrade to v5.5.

As a test piece, I selected the Treefrog by MorenaP. The first print resulted in the poor frog losing its feet! For some reason ReplicatorG v0037 seemed to have corrupted the gcode, and the frog was printed about 10mm to the left of his/her feet.

I created the gcode again, this time using ReplicatorG v0040, which resulted in a slightly larger file, and now it printed OK (this time direct from the machines SD card, rather than my Linux laptop). 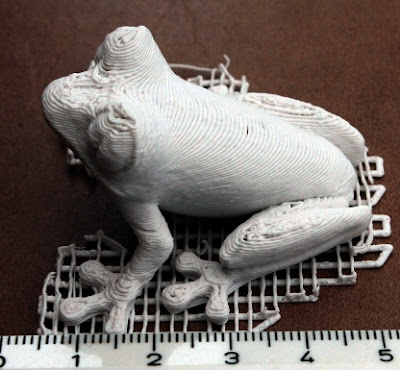 Both the corrupted frog and the good one have similar imperfections (very sorry MorenaP if this is part of the design!).

This close-up shows a line or gap on the head, offset to the left. 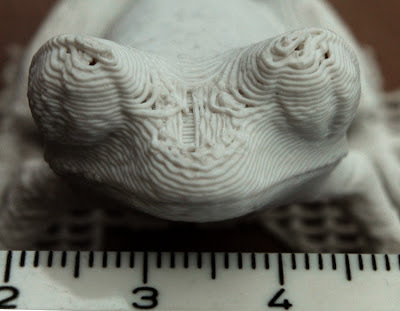 The eyes have small holes (maybe these are supposed to be "catch-lights"). 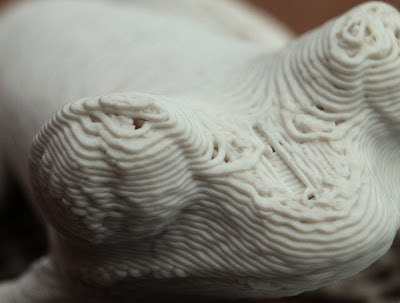 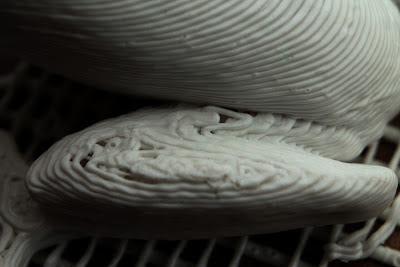 ...and on the back there are a few slits between threads. 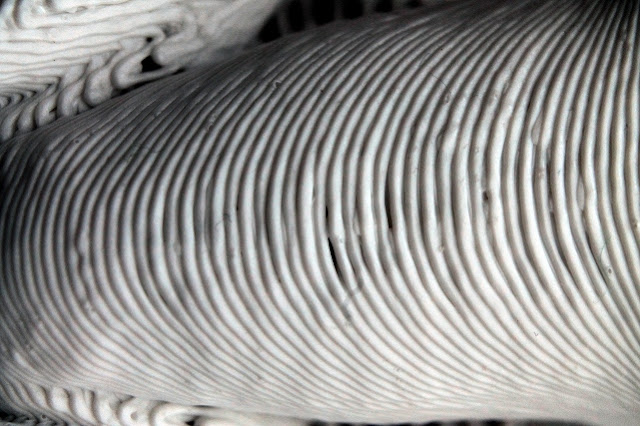 You may just be able to see a few very small loops near the top of this picture, just to the left of centre. Very curious! Maybe the result of electrical noise interfering with the machine?

I think there are a few settings that I could play with to improve printing, but unfortunately it will soon be time to install this machine for use by its rightful owner!

Don't try this at home

I tried quickly testing a couple of things to clean up the broken frog:-

See also recent improvements in quality.
Posted by SteveDee at 12:15