What level of print quality can you expect from your new MakerBot Replicator?

Here are a few illustrations which I hope might help show the sort of results you can expect from this model of 3D printer.


...Or maybe you get better results, in which case, I have a problem!

Having levelled the Replicator platform and left all other settings at their default values (e.g. nozzle & platform temperatures) I selected the "whistle" from  the ReplicatorG software example list as a test piece.

I think this example is the same as this one: http://www.thingiverse.com/thing:1046


The top of the whistle (by which I mean the printer top, the last bit to be printed) has a rather pleasing textured finish, which shows how the final "threads" of ABS have fused together. 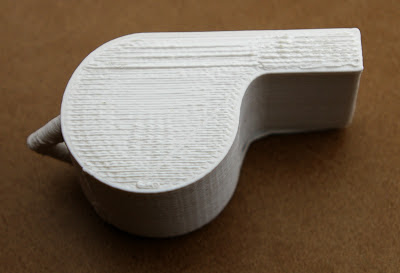 This side view has a much finer and more regular finish.... 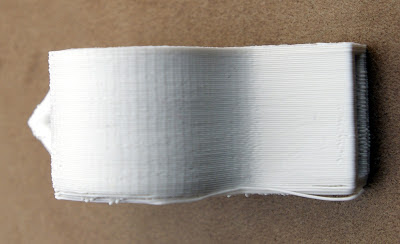 ...whereas the other side has several irregularities. I don't understand why that should be. 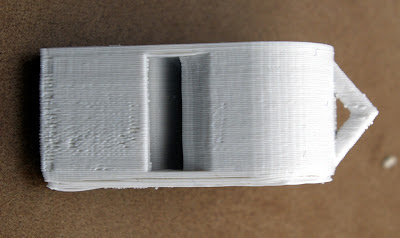 You'd have thought a straight edge would possibly be easier to make than a curved edge.

But it is the underside which is of most interest. 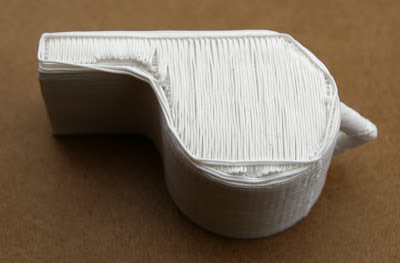 This has clearly visible threads, and a couple of them seem to take a short-cut, missing out the lower curve. It almost looks like there is either a problem with the machine or the original design (unless these threads have been added to stop the whistle from sticking to the raft).

Giving It A Rub-down


So how about post-production finishing?

I selected the "stringy" underside and set to work, simply using a sheet of fine sandpaper, in an attempt to create a better finish. The sandpaper was laid flat on a Workmate, while the whistle was rubbed up and down.

After about 20 minutes, the surface looked and felt pretty good, although the photo shows it still contains many irregularities. 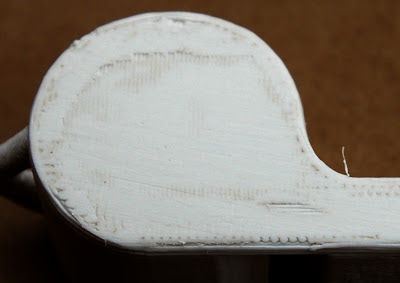 After a bit more effort the surface looked a lot better, but instead of stopping, I foolishly carried on for a few more minutes. This was a mistake, as I started to expose the next layer of threads. 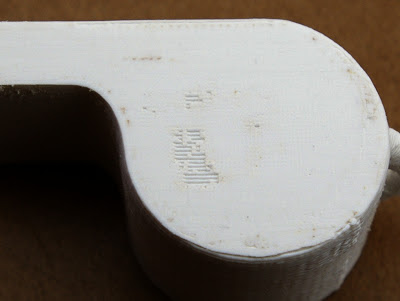 You can see that these threads run 90' to the initial threads that I have removed, so this must be the second layer.

Just to keep things in perspective, this magnified photo includes a metric scale. 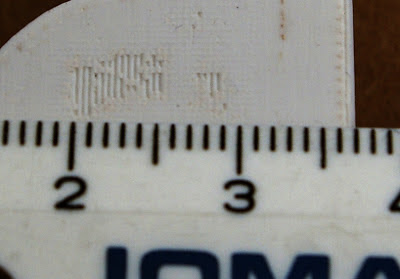 As you can see, the thread pitch is just less than 0.5mm. This is in keeping with the Replicator specification which quotes a nozzle diameter of 0.4mm.


The lower face of the print seems to be troublesome. Its OK to be textured, but "stringy" is not a good look.

My fine sandpaper, was not fine enough. It was a good starting point, but I need finer grades to finish off.

Its easy enough to get reasonable results, more difficult to get a flat, smooth finish.

I'm sure other people have found ways to improve their prints, including the use of acetone...
...time to Google some more!