Not only has activity dropped right off, but the expected "move-in" date has now passed.


Have we just been unlucky, have I done something wrong, or are the local garden birds running late this year?

I may be panicking unnecessarily, but looking back over previous years, I have some patchy notes which indicate that the 26th March +/-2 days is about the time that nest building has previously commenced. And these nests are generally nearing completion by the 1st or 2nd of April.

In addition to this, activity around the two Pi powered boxes has fallen right off. Although the boxes still get triggered some mornings, none of the recent video clips show any birds entering the box.

During the last 7 seasons that we have used box cameras, we have used the same two locations for tit boxes (i.e. closed fronted boxes with a hole diameter between 25-32mm). For each of the previous 6 seasons we have had at least one, sometimes both boxes occupied.

Yesterday I noticed a blue tit on our hanging dog-fur holder, gathering fur to complete its nest. It then flew to a box which has not been used before in the 5 years since I put it up, right near the bottom of our garden.

Let there be light


I'm very aware that there is a lot of light streaming into my Pi boxes via the 50mm skylights. While I'm not suggesting that this will completely stop blue/great tits from choosing these boxes, they may have a preference for dark boxes. In previous years I've been careful to keep the internal lights turned off until the birds had committed, by building their nest and laying eggs.

As I've noticed at least 4 great tits and 6 blue tits on the feeders (together) this morning, I'm not ready to give up. But I have just stapled small pieces of black bin bag over the 20mm windows, to give us the best possible chance of success...assuming there are still a few pairs that are house-hunting.

I guess that even small garden birds are individuals. And when they pair, their behaviour will differ from other pairs, resulting in different choices in nesting sites and breeding times. These variations help to ensure survival when environmental conditions change.


It doesn't help when someone keeps nicking your blue tits!


We were looking for likely bird box candidates when this guy swooped in and grabbed one.


My time server did not give correct time after switching to British Summer Time. However, I've just fixed this and updated the earlier post.


My monitor arrived nearly 4 weeks earlier than estimated delivery! It works great, but it needs some kind of enclosure to ensure that the board to controller ribbon cable does not get damaged. 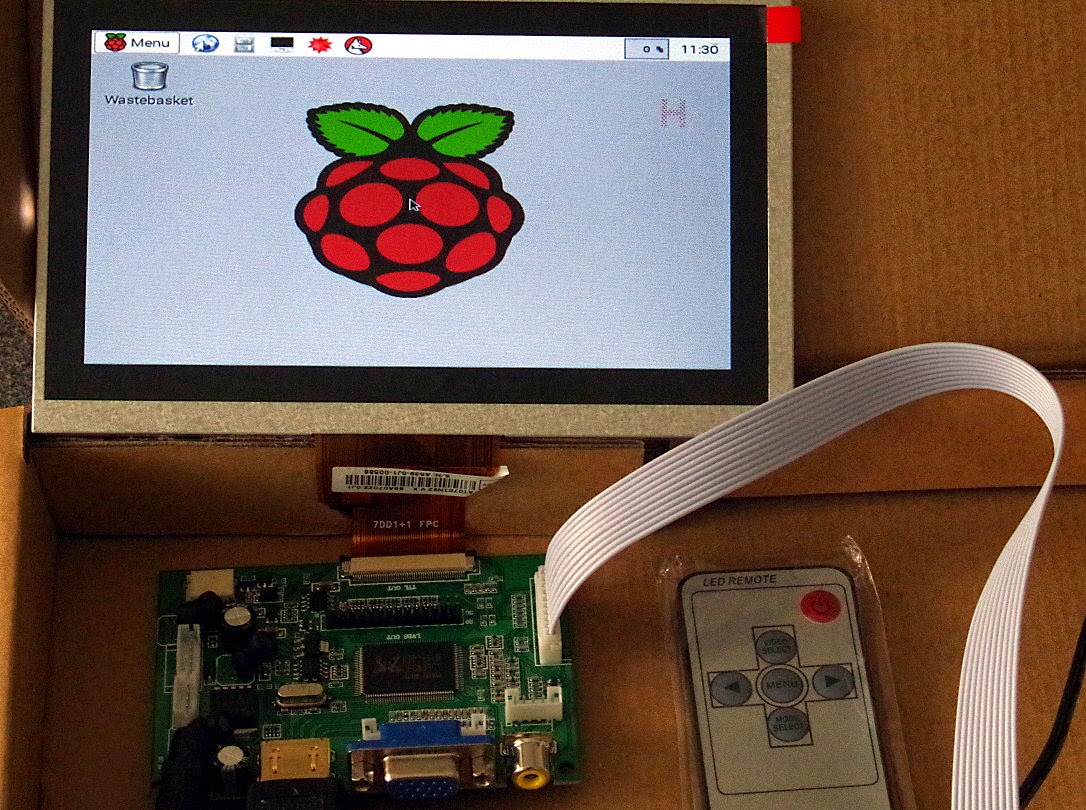 I don't want to make a box for it at this stage. I'm going to wait to see what happens with the bird boxes, and then decide how to package it.