A couple of years ago, Lady B was given a few Emperor Moth eggs which she put into a tupperware container.


Once hatched, she fed the caterpillars each day, and safety stored the pupae away in the garage over winter.


We have just been through this cycle once again, and this week the moths started to emerge from their cocoons.

Emperor Moths are big. According to Wikipedia the male has a wingspan of about 60mm, while the females are larger at 80mm.

Even in the caterpillar form they are pretty impressive. Not only in size, but also for their green bodies, black hoops and yellow spots. 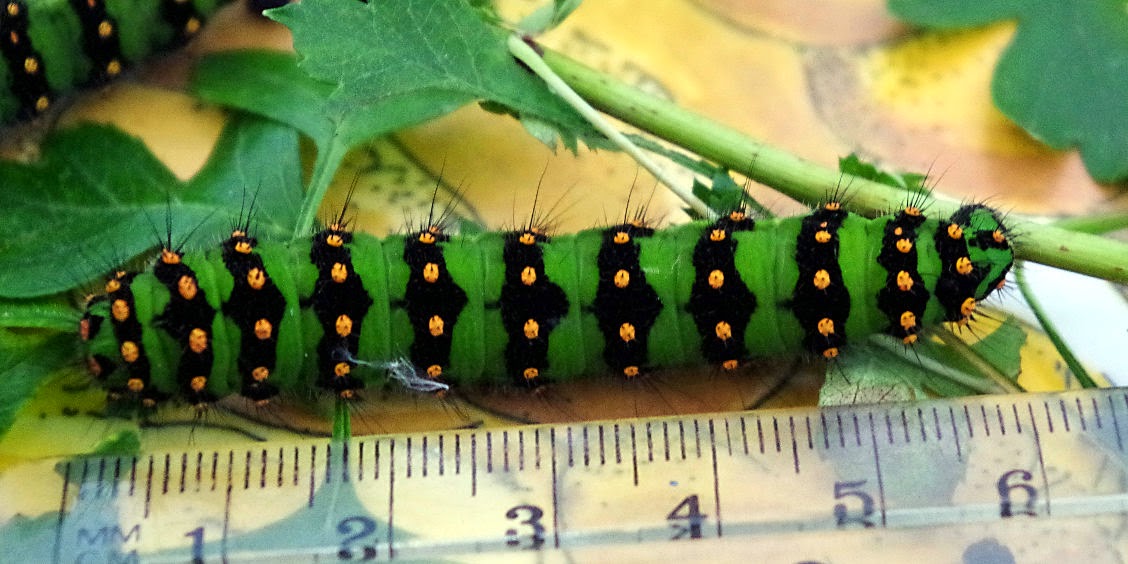 However, this year we seem to have a bunch of females that vary quite a bit in size. 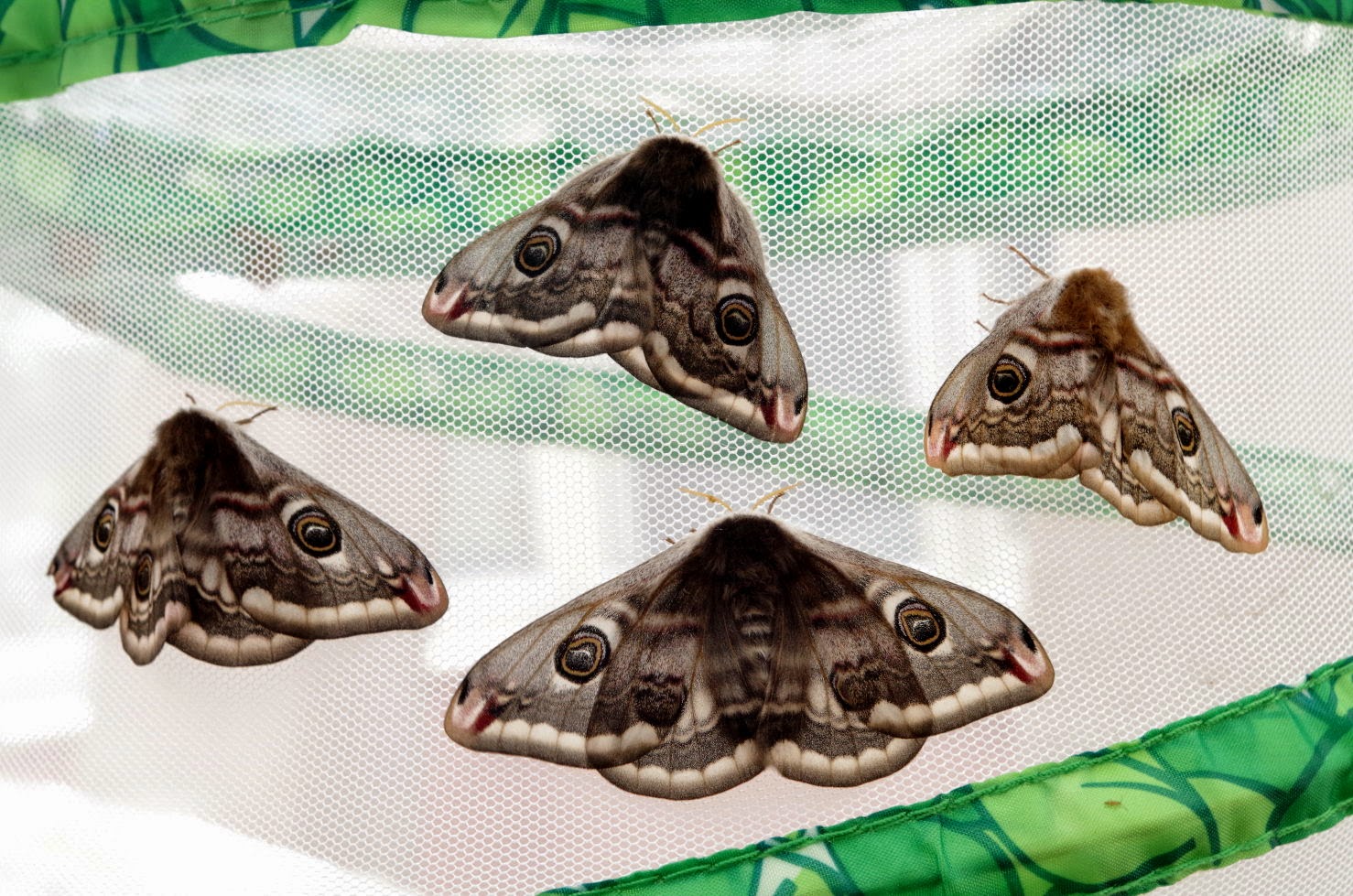 
But what makes this moth particularly interesting is what happens when the females finally turn into moths. They release a pheromone which attracts male Emperor moths.

To witness this we put the females into a flight cage. This is just fine mesh (like net curtain) usually with an opening at the side or the top.

The flight cage is then hung up in the garden, and we wait for a male to arrive.


We don't have to wait very long. Although I've never noticed these huge moths flapping around the garden, they generally appear within a couple of minutes from no-where!

Any males that have hatched from the same batch appear to take no interest in their sisters, and just fly off in search of a mate.

The mating moths remain connected for at least 10 minutes, and can be carefully moved from the cage for a better view.

Ain't No Bugs On Me


One of the females seems to have a small insect or parasite attached to its feeler. 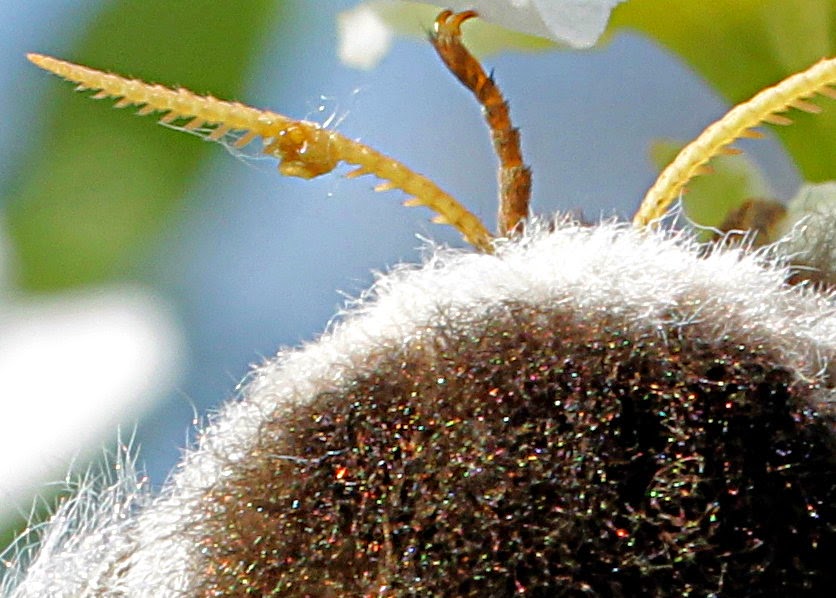 Unfortunately I couldn't get a very clear view of it, and in this shot it looks more like a growth. But it was a little creature with legs and feelers of it's own.