BirdBoxPiCam 2014: Out there in the Wild

It's only been out there, in the garden, for 48 hours and already there are a pair of blue tits showing interest.


Their activity during the last two mornings has started the Raspberry Pi system and registered a few counts on the interface, which has been very useful, if only to show that the system is still alive!


There is still more work to be done, but at least I have confirmed that the wifi performance is acceptable.


I took the opportunity of a dry afternoon last Thursday to attach this bird box to the archway, just 4 metres from our conservatory.


Although this location is close to the house, we have had blue tits nesting there each year, in a variety of box designs.

At the moment the battery is sitting on the ground, protected from the rain by an up-turned fat-ball tub. 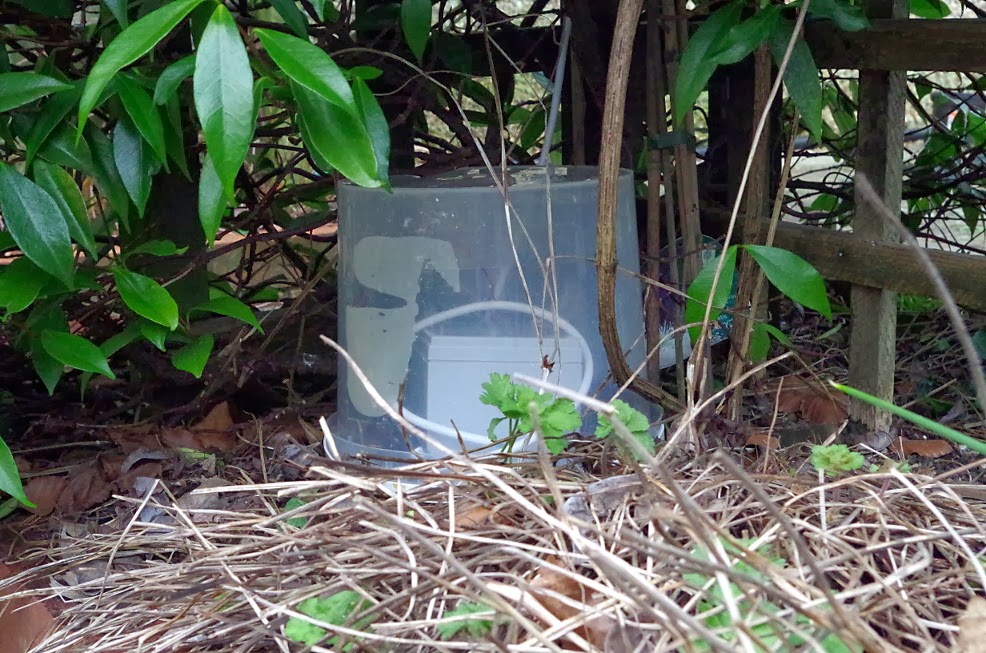 This battery is a 12V 12Ah mobility type, available via Amazon for about 20 quid.


On the first morning, I looked out of the window and noticed the little red LED on the Raspberry Pi was alight. Some time later I came back to find a pair of blue tits around the nest.

When I remoted into the system, the display showed that the Raspberry Pi had been powered up from the entrance photo-electric sensor 3 times (i.e. 3 sessions had been started), but there had been no subsequent counts once the Pi had booted and was active. 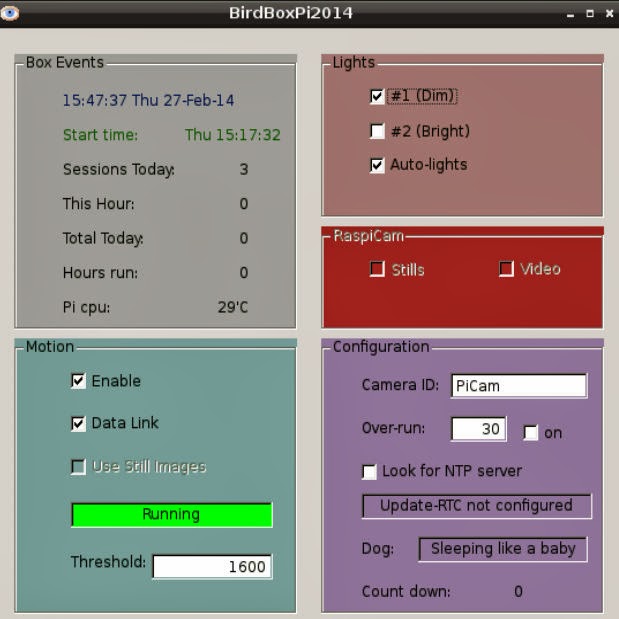 I also noticed I'd left the lights set to auto, and wondered whether they were being frightened off as the Pi booted up and the lights came on.

With just natural daylight there is enough light to see any birds moving around...


I spent hours on Friday chasing network problems before I realised what was happening. I even tried each of my 3 Netgear wifi routers, and was convinced at one point that I had 1 good one, and 2 suspect units.

However, the main issue is with my Asus x401A laptop. Using Ping showed that it was stalling, reporting long ping times and lots of errors. It doesn't do it all the time, and I guess when I'm using it on the web it quickly recovers, leaving me to assume it was an internet problem. One problem with running a Linux distro like Lubuntu, is that you never know if that nice new laptop in the show window is going to work 100%. Wifi on this model does seem to be problematic.

Once this issue was understood, I configured the garage wifi router and set-up the ntp time service to pickup time from the garage computer.

Using my wireless program I was able to move the wifi router into the best position while watching the Raspberry Pi display on my laptop. 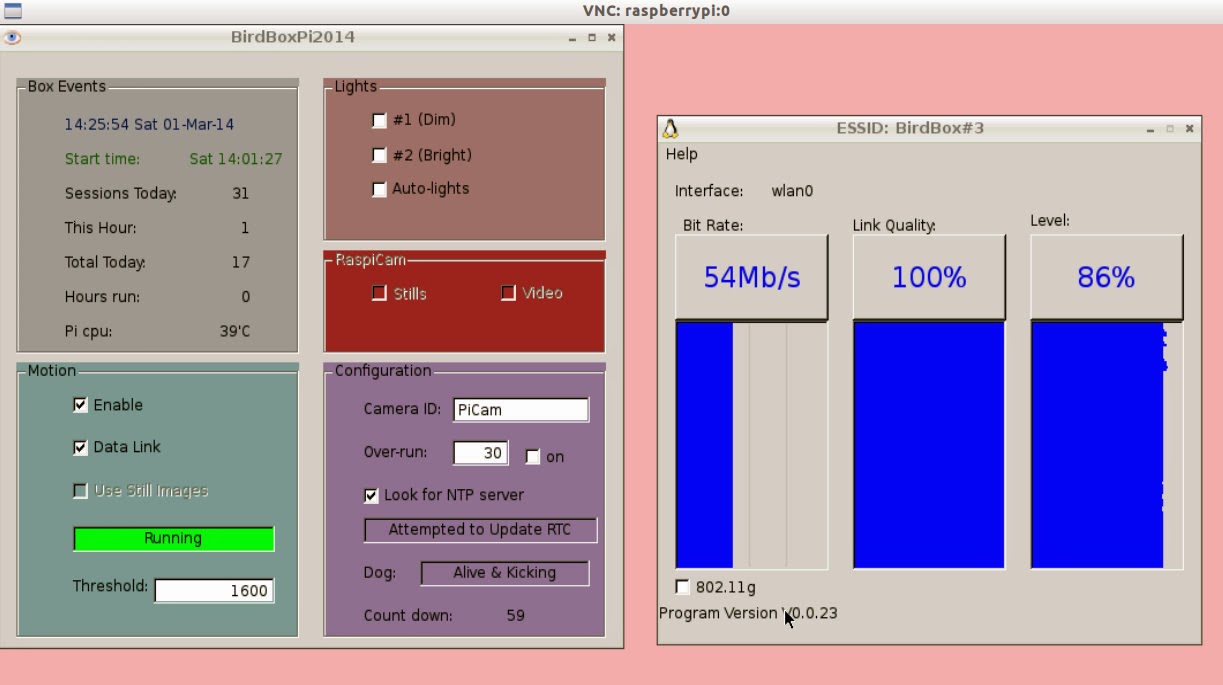 More things to worry about


The next issue to revisit is running the motion program using RaspiStill mode. I thought this was working, but it only runs reliably with the motion threshold set to a low value. With it set to 1 (which is what I was using for testing) this works every time. But when set to a more realistic value (say 1500) the motion screen is blank except for the text display. If I start it with a low threshold, it keeps working when the threshold is increased. But if I start it with a high threshold, I cannot bring it back to life simply by reducing the threshold.

But of course the main requirement is one I have little or no control over....whether the birds actually nest.

The first and second years that we put up a robin box were very successful. So last year I bought a more expensive daylight camera from Henrys to suppliment the low cost Maplin unit. A robin entered the box in January, looked around, then made a nest somewhere else.

This February (for the second year running) we have had the same problem. At least this year they gave it a bit more thought, visiting the box several times each morning for 6 or 7 days, before finally rejecting it!


Use the search function at the bottom of this page to find related posts. Just type in the search word: BirdBoxPiCam2014