Is my laminate floor de-laminating?

We recently refurbished most of the ground floor rooms of our house, finishing the job off with modern flooring.


However, some of the flooring board corners appear to be lifting.


So I've had to try a simple glue job to affect some kind of repair...will it last?

During the last 3 years we have had to fit new flooring in 5 of our ground floor rooms;
All three products were supplied by UK Flooring Direct.

On reflection, the oak boarding was the most straight-forward to install. Each of the board's tongue & groove slotted into the next, and each board was nailed down using a percussion nailer. The installation for both rooms was completed in 2016 and there have been no real problems. 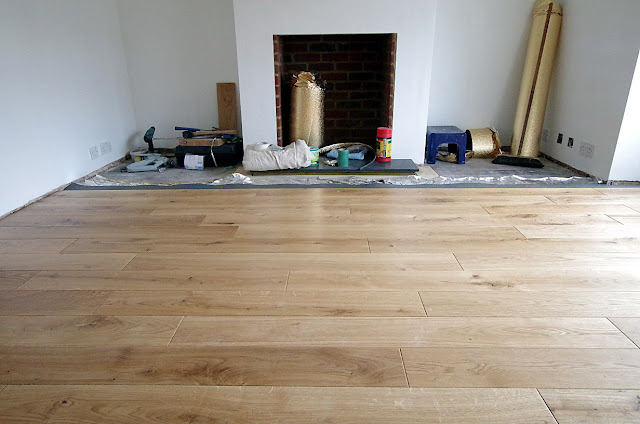 We recently completed the kitchen and utility room using vinyl boards. These are very thin 4mm boards with edge grooves and channels to facilitate the 'click assembly' method. Once these board are laid they seem very durable. However, in isolation, each board is very delicate. When unwrapped from the suppliers packaging, several of the boards were found to have partially broken 'tongues'.

Fitting the boards was quite easy once we had mastered the knack. You need pretty good eyesight to closely examine the mating sections to ensure that they are properly assembled, with no gaps within the board joints, before moving on the the next board. In our case the boards are black, making it more difficult to see any alignment errors in some of the darker areas of the kitchen. 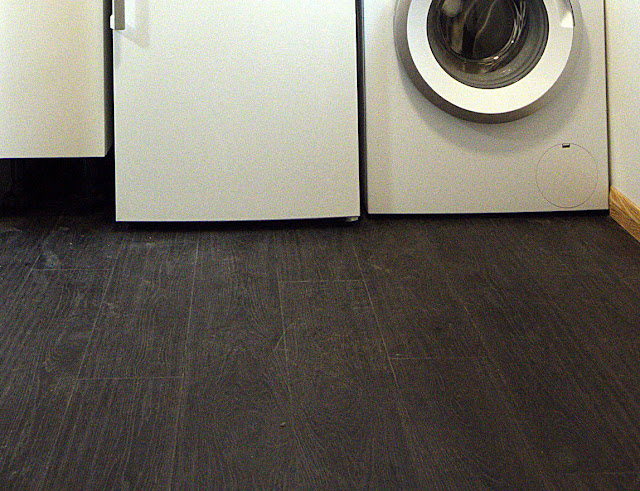 This flooring was chosen because it does not appear to be so slippery as the wood laminate when wet, and because it is supposed to be 100% OK if it accidentally gets a soaking. It was only laid about 6 weeks ago, so we will have to wait and see.

But my immediate problem is with the 10mm thick wood laminate flooring that we installed in the conservatory about 8 months ago. The only problem we had installing this was that some of the machined grooves had not been 'cleared' properly. That is to say that the grooves still contained the fibres and general dust created when the boards were machined. But once again, once we realised this problem, we checked and cleared each slot prior to installation and all seemed well.

Having gone through the winter & spring, it was only recently that I noticed the corner of some boards appeared to be 'lifting'. 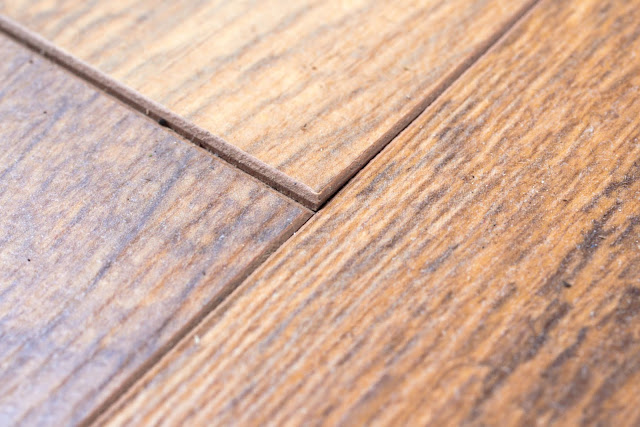 By pressing the corner down with my finger, I can see that it is only the top couple of millimetres that is moving up & down. My worry is that it may catch on the sole of someones shoe, resulting in the surface layer being ripped off.

What could be causing this problem?

I can understand someone suggesting that there was either not enough expansion gap or that the daily temperatures in a conservatory may be the problem. However, as mentioned earlier, we observed the expansion gap requirements under the skirting board, and the floor has not been subjected to high temperatures or been allowed to get wet. Although this is a conservatory, we installed a Guardian solid roof earlier in the summer, before the laminate floor was fitted. The maximum room temperature since then has only reached 30'C.

I opened an unused pack of boards that were left over, and took a close look at the corners. As you will notice from these macro-photos, there is evidence of splits in the board. 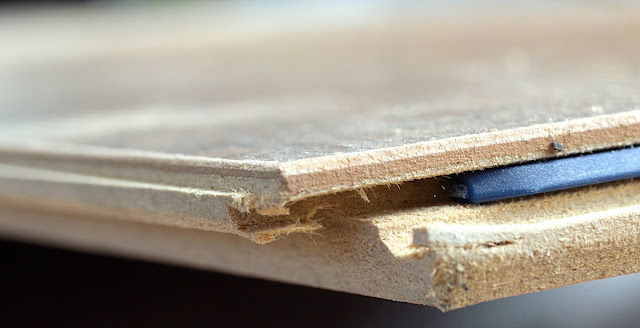 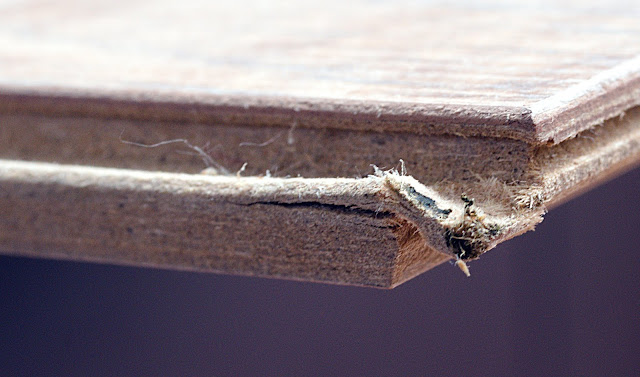 Anyway, whatever the reason for this problem, I decided to try to remedy this apparent de-lamination by the application of wood glue. I first used a very small screw diver to lift the flapping corner very slightly (by maybe 2mm) and then used a wooden tooth-pick to encourage the glue into the small gap. 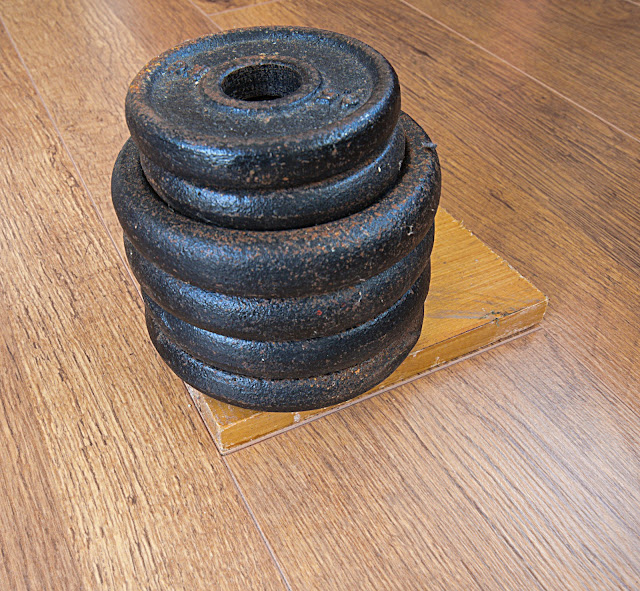 The final step was to place a small block of wood along/over the corner stacked up with 5 or 6kg and to leave the glue to set for 24 hours. Only time will tell if this is successful...so far its lasted one week.

If it lasts one month, then there are 2 other dodgy corners I need to treat the same way.

Another approach would be to cut the old board out and glue another in place, after first removing any protrusions ('tongues') from the new board. This would be a lot more work, especially as this board runs under the step between conservatory & kitchen.


I clearly have no way of saying whether UK Flooring Direct's products are any better or worse than the industries average, but I probably won't use wood laminate for any future projects.

Assuming that I don't get any nasty problems with the vinyl stuff I've used in the kitchen, then this looks to be a better product. Although it would be much, much better if it was not inadequately packaged.

The simple cardboard packs used for this 4mm thick vinyl board need soft corners to avoid damaging the products delicate corners during shipping. Note that none of the packaging showed any signs of external damage, even for the boards where the corners had been broken.