One of the most common complaints is when they become difficult or impossible to flush.


This could be the reason why...

Having isolated the cold water feed into the cistern, I pumped the handle a few times until the cistern reluctantly flushed and emptied most of the water. This particular cistern is fitted with a 3 part plastic assembly which basically replaces the old metal cup and bell housing used in the old chain pull system. Both systems work by forcing the water in the bell upwards, so that it overflows, creating a syphon action in the downpipe.

Once I had removed the bell housing and extracted the internals, I was surprised by the state of the diaphragm. I'd expected it to be slightly torn and maybe curled up a little... 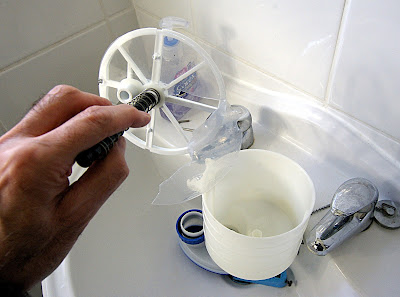 ...while in fact there was a great chunk of it that was only just connected the the rest of it. As I've fixed these before, I set about removing the spring, the plastic retaining clip and the old, tattered diaphragm.

Looking around for a suitable replacement, I came across a plastic A4 slip-in folder, which just happened to be a nice blue colour. 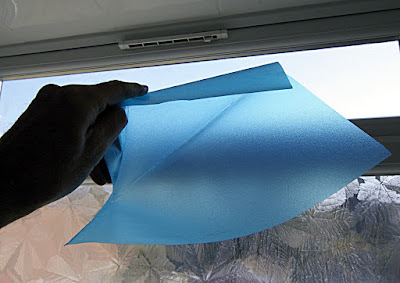 I wouldn't recommend the A4 plastic sleeves with holes down the side, as they are probably too flimsy. But the type shown in the photo has just about the right degree of flexibility.

You can either cut out a new diaphragm using the old one as a template, or use the plastic 'piston'. 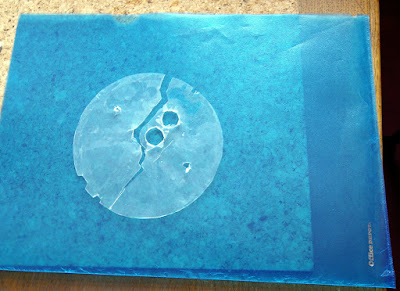 As the old diaphragm was in such bad shape I used the latter method, which on reflection, seemed easier. Start by making a small hole to take the shaft, and then carefully cut small slits outwards from the hole centre in 8 directions.

Slide the plastic over the shaft. Don't bother to cut the little triangles of plastic that stick upwards from the hole. 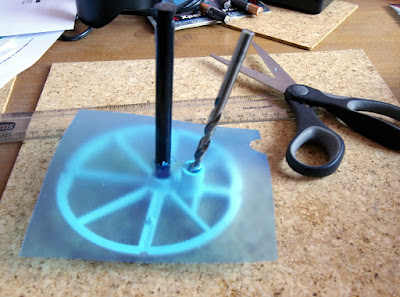 Make a second small hole for the short pillar, and again cut outwards in 8 directions. Make small holes for any other plastic location pins/pillars. 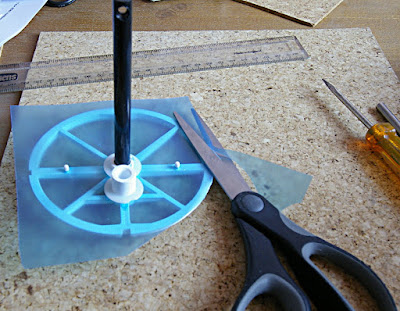 Fit the plastic retainer, then simply cut around the plastic piston, as close as possible to the edge. Also trim out any slots that are used to guide the piston up and down the bell. 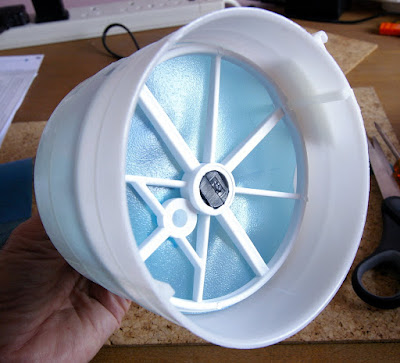 Once it is refitted, it should be 'as-good-as-new'. 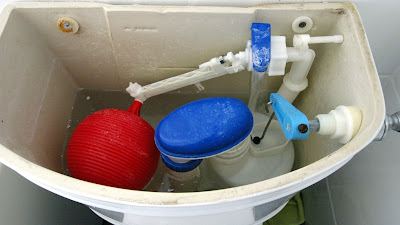 So, flushed with success, you can now make yourself a mug of tea, while cursing to anyone that is prepared to listen to you "...what a pig of a job it was..." and how "...you can't get replacement parts for this model anymore!"