I recently set up another Raspberry Pi as a BlissFlixx set-top box using an earlier post.


Although the system worked, I quickly realised that I'd missed a couple of config settings from my original post.


So this update includes those important settings.

BlissFlixx is a brilliant media streamer for TV running on a Raspberry Pi, which we primarily use to "catch-up" with BBC and ITV programs, as well as viewing TEDTalks and the occasional YouTube video. We started using it over 18 months ago and we have two units, one for each of our two 32" Sony TVs. 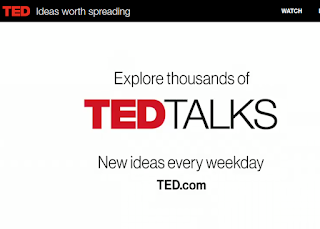 We don't use an elegant power-down method for these Pi boards (we just flick the main power button) but despite this, the only real issues we have had were due to minor software problems (e.g. due to changes to the BBC iPlayer website). In the last couple of months there have been a couple of program navigation issues which I was able to fix, and the Git project files have subsequently been updated.


There are also a couple of operational issues which can be rectified by editing the Pi config.

Issue 1: By default, when the Pi boots it uses the VGA video output unless a connected HDMI device is detected. So when the power switch feeding the TV and the BlissFlixx Pi is turned on, the Pi may not see an active HDMI device soon enough during boot. In our case; the old Sony is detected, the new one is not.

Issue 2: If the TV HDMI is detected, the Pi may try to turn the TV on and select the Pi HDMI input. This can be confusing, as the TV screen shows the Pi booting, and the user has to re-select a TV channel (as 90% of the time it is "live TV" that the user wants to watch).

The solution to both these issues lies in the Pi /boot/config.txt file. The following 3 options should be selected:-

These settings satisfy both our old Sony and the newer Sony smart TV.

EDIT: Actually the Pi/smart TV combination was still not reliable until I forced the Pi to adopt the correct HDMI settings even if the smart Sony was not switched on. So in addition to the above settings I added:-

...which sets the group to CEA (TV standard Consumer Electronics Association) and the mode to 1080p 60Hz.

EDIT: despite setting "hdmi_drive=2" in the config.txt file, the Pi was not always providing HDMI audio to the Smart Sony TV, unless the Pi was booted after the TV. There is another audio setting you can make via "sudo raspi-config" which seems to have solved my problem.