At a recent family celebration, I was presented with a shiny copper bar.


I immediately tested it with my teeth, thinking it may be like those metal coins we seem to buy the grand children every Christmas, filled with chocolate.


But this was a solid metal bar, made from brass with a bright copper finish.

This thing of beauty is an Ether Bar.


Which begs the question, "what is an Ether Bar?".

In some ways, it is rather like a commemorative coin.

"I can remember seeing a silver Queen Elizabeth coronation coin when I was a child, which I think was a Crown. It was given to me, but mum had to cash it in, as we were frequently short of cash during the 1950's".


We can compare the crown with this Ether bar. In both cases there is a face value and a collectors value. In the case of the crown, the face value is 5 shillings (or 25p in new money). 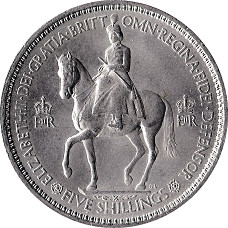 But if I still had this crown, a collector might be prepared to give me £5 to £10 for it, depending upon condition.

In the case of the Ether Bar, the face value is about £7.73 (at the time of writing) while the collector value is probably 10 times that amount.

But this is where the comparison breaks down. The coin can only be sold once. However with the bar, I can cash the face value, and then sell the empty bar to a collector.


The reason this bar has two values, is because it has money "loaded" on to it. The "money" in this case has a value of 1 Ether.  Ether is digital currency just like bitcoin, which is rather different to regular money.

With a regular currency like Sterling, you can visit a hole-in-the-wall cash point and walk away with a fist full of notes. But ether and bitcoin only exist on a ledger, out there in cyberspace (i.e. the internet, ...sort of).

I was struck by a quote concerning Ether from the New York Times which states: "The system is complicated enough that even people who know it well have trouble describing it in plain English".


Now this is mostly new territory for me, but as I understand it, the bar is just a token. So my simple sketch below is an attempt to show the relationship between this Ether Bar and the BlockChain that forms a kind of digital currency ledger.

In reality, my Ethereum Frontier Ether Bar is just a brilliant keepsake. What is important for my 1 ether stake are 2 Key numbers; one is attached to a piece of card, the other is hidden behind the tamper-evident seal shown in the second photo above.


The two keys are huge hexadecimal numbers. One is known as the Private Key, the other is the Public Key. The Public Key is also know as the Address, as this points to a record in the ledger. The ledger is known as the BlockChain (hey, I never said this would be easy!).

So if I want to check my Ether Bar balance, I can just go to a website such as Etherscan and type in my Public Key.

If I want to spend my ether (or part of it) I need my Private Key.


This has been an extremely basic introduction to Ether and the BlockChain. More to follow soon...